The use of cannabis as medicine for animals has been getting a lot of attention in the medical, scientific, and pet owning communities. One of the potential uses showing the most promise is in the treatment of seizures.


The use of cannabis to treat seizures is nothing new. Cannabis has been described as a therapy for people with seizures for hundreds, if not thousands, of years. 1, 2

In recent years, cannabis, and cannabidiol (CBD) in particular, are once again being considered for the treatment of seizures in both humans and animals.

In ancient times, cannabis was used for seizures based purely on observational data, but today in-depth scientific research is being conducted to determine how and why cannabis is beneficial in the effort to determine how best to limit, and hopefully eliminate, seizures.

THE SCIENCE OF CANNABIS AND EPILEPSY

Despite the renewed interest and availability for research funding, the mechanisms by which cannabis effects seizures are still unclear. One consideration is a specific receptor on neurons, known as “GPR55,” which is thought to mediate seizure activity through regulating the excitability of neurons. CBD appears to limit GPR55’s ability to cause neuronal excitation which is speculated to reduce seizures.

Additionally, some studies have shown epileptic patients to have reduced anandamide (AEA) concentrations in their cerebrospinal fluid and/or alterations in their CB1 receptors. AEA is one of the naturally occurring neurotransmitters in the body that regulates the endocannabinoid system (ECS). CB1 receptors, also part of the ECS, are binding sites for AEA and changes in AEA and/or CB1 receptors are presumed to lead to changes in levels of other neurotransmitters that may ultimately lead to seizure activity. Tetrahydrocannabinol (THC) binds CB1 receptors and, in this way, may reduce seizure activity. 3, 4

Pre-clinical research into other cannabinoids and terpenes suggest other compounds found in cannabis may also be effective for seizure treatment. For practical and legal reasons, however, much of the current research focuses on CBD.

Although the exact reasons why cannabis compounds have a positive effect on seizures are not crystal clear, great strides have been made with regards to their therapeutic use. In 2018, the FDA approved the first cannabis-derived pharmaceutical, Epidiolex. A single-molecule CBD formulation, Epidiolex is approved for the use of refractory seizures in two forms of pediatric epilepsy known as Lennox-Gastaut and Dravet Syndromes. Not only is Epidiolex of great benefit for the children it helps, the drug also represents a huge step forward in the federal government’s acknowledgement of the medicinal value of cannabis.

HOW DOES THE SCIENCE RELATE TO ANIMALS?

Veterinary specific research has also taken a big step forward this year with the publishing of the first clinical trial evaluating the effects of CBD on seizures in epileptic dogs. The study, conducted at Colorado State University, evaluated seizure frequency in dogs with and without the use of CBD. Results showed an 89% reduction in seizure frequency in dogs who received 2.5 mg/kg CBD twice daily compared to a 43% reduction in dogs not receiving CBD. Both groups of dogs were receiving other anti-seizure pharmaceuticals at the time of the study which is the reason the group not receiving CBD had a large reduction in seizures, as well. While these results are considered statistically significant, they are certainly not as dramatic as many hoped they would be. The authors noted this in their conclusions and stated further studies are warranted to see if higher doses of CBD may be more beneficial in the treatment of seizures in dogs. 5

One specific point to note about the study is the CBD formula used was not a CBD “isolate.” The hemp-based formula contained “trace amounts of other cannabinoids” which may or may not have contributed to its efficacy. Research suggests that multiple cannabinoids (CBD, THC, and others) as well as terpenes have anti-seizure properties and it may be that greater effects can be found with a “broader spectrum” formulation.

Speaking from the perspective of the benefits of “whole plant medicine,” broad spectrum formulations are usually more effective than single components. That said, from a research perspective, using pure CBD would clarify what effects are specific to the one compound.

Anecdotal reports from pet owners and veterinarians suggest that cannabis can not only reduce seizure frequency, it may be able to lessen seizure severity, shorten recovery time, and potentially even prevent an imminent seizure if the animal is medicated at the first signs of trouble.

With research ongoing, we certainly see promise in the use of CBD, and potentially other cannabinoids, for the treatment of seizures in animals. That said, cannabis as medicine should be used with caution. CBD given at moderate to high doses can potentially effect blood levels of other medications, including anti-seizure drugs. Because of this, it may be necessary to monitor levels at the beginning of cannabis therapy. For the safety of your furry family members, always consult with your veterinarian before starting any form of cannabis therapy for your pet.

BY Gary Richter on October 30, 2019 For ProjectCBD 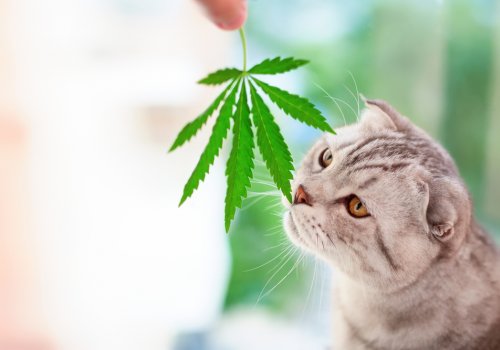 All beings with a backbone have an endocannabinoid system. Is cannabis medicine a good option for the health of your dog or cat? 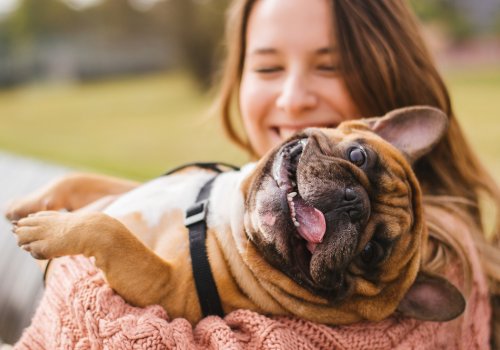 The Legal Status of Cannabis for Animals

There's huge interest in the use of CBD and cannabis therapeutics for animals. But veterinary guidance, and research, is lacking. Vets in California are doing something about it. 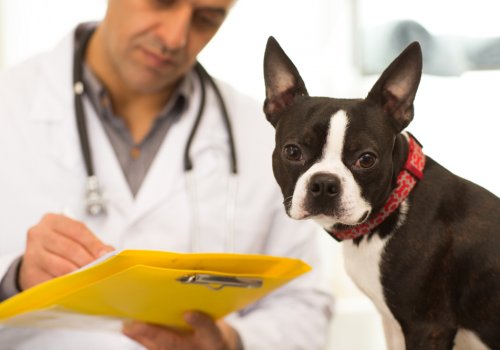 CBD & Cannabis for Pets in Pain

Project CBD is a non-profit educational news service. They do not sell or distribute any CBD/cannabis products. Please show your support.