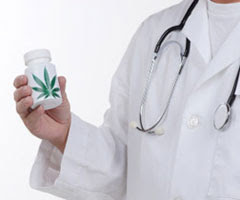 (Washington, DC) – On Thursday August 8th 2019, Mayor Muriel Bowser, DC Health, and the DC Mayor’s Office of Policy is announcing an expansion of the scope of its reciprocity rules for medical cannabis to all states that issue medical marijuana cards or other state documents. Non-residents needing their medication while they are visiting the District will be able to patronize the District’s regulated cannabis dispensaries and obtain their medication. It is illegal to cross state lines with cannabis, which remains federally prohibited.
“This emergency rulemaking is patient-centric,” said Mayor Bowser. “It ensures medical cannabis patients from other states can obtain their needed medicine. It will also promote public safety by allowing visitors to obtain their medicine at one of the District’s six – soon to be seven – authorized dispensaries rather than forcing them to go without or patronizing the illegal market.”
The rulemaking expands the number of states whose medical cards the District recognizes from 19 to at least 27 states. Recognition of other states’ cards is not dependent on whether those states recognize District of Columbia cards. Patients cannot compel their state to enact a regime that is the substantial equivalent of Washington, DC, but they still may need cannabis to address their medical needs.
New states added by today’s action are: Alaska, Arizona, Arkansas, California, Nevada, New Mexico, New York, and Vermont. Louisiana, Minnesota, Oklahoma, and West Virginia are under review.
Cards from Colorado, Connecticut, Delaware, Florida, Hawaii, Illinois, Maine, Maryland, Massachusetts, Michigan, Montana, New Hampshire, New Jersey, North Dakota, Ohio, Oregon, Pennsylvania, Rhode Island and Washington State are already recognized.

In May 2019, Mayor Bowser proposed the Safe Cannabis Sales Act of 2019 – legislation allowing for the sale of recreational cannabis in Washington, DC. The bill enhances public health and safety, provides clarity on the use of cannabis and cannabis products, and advances equity to ensure that the benefits of a cannabis regime go to DC’s most vulnerable communities through jobs and investments in housing. Learn more about the Safe Cannabis Act of 2019 here.