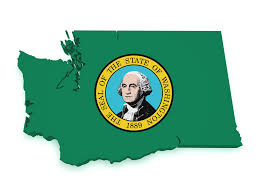 OLYMPIA - Medical cannabis registered students in Washington State public schools will now be able to use some medical cannabis products under a new law.

No school or school district in the US has ever lost any federal funding for allowing safe access to medical cannabis at school, nor has there been any problems.

California, New York, and Virginia all have active 2019 Legislation for Allowing Safe Access to Medical Cannabis in School that is expected to pass into law in 2019.

The new Washington state law, House Bill 1095, would require a school districts around the state to authorize a student who meets certain requirements to consume cannabis for medical purposes on school grounds, aboard a school bus, or while attending a school-sponsored event.

The legislation also requires the board of directors of a school district, upon request of a parent or guardian who meets certain requirements, to adopt a policy that allows parents or guardians to administer cannabis concentrates to a student for medical purposes while the student is on school grounds, aboard a school bus, or attending a school-sponsored event.

In the case of a qualifying student who is under 18 years old, the minor's parent or guardian must participate in the minor's treatment and agree to the minor's use of cannabis, the legislation states.

Civil, criminal, and professional protections are established for school district officials, employees, volunteers, students, parents, and guardians who act in accordance with the school district's policy.

Supporters of the bill say some children respond to cannabidiol therapy and under this bill the parent or guardian could make arrangements with the school to administer food with cannabidiol and then let the student return to class.

"This bill is about keeping these kids in school for the entire school day. These kids deserve to learn like other children. This is not about smokable cannabis. This bill has the language that the Superintendent of Public Instruction wanted so that funding would not be at risk," supporters said.

Link to full text of the New Law:
https://app.leg.wa.gov/billsummary?BillNumber=1095&Year=2019