According to a large-scale, 16 year long study of American high school students, legalizing  medicinal cannabis has actually led to a drop in cannabis use among teenagers

The study, published today in the American Journal of Drug and Alcohol Abuse used the results of an anonymous survey given to more than 800,000 high school students across 45 states to calculate the number of teens who smoke cannabis.

It found that the number of teenage cannabis smokers was 1.1% less in states that had enacted medical cannabis laws compared to those that hadn't, even when accounting for other important variables such as tobacco and alcohol policies, economic trends, youth characteristics and state demographics.

"We found that for every group of 100 adolescents, one fewer will be a current user of marijuana following the enactment of medical marijuana laws," says Dr Rebekah Levine Coley, a Professor of psychology at Boston College, who led the study.

"When we looked at particular subgroups of adolescents, this reduction became even more pronounced. For example 3.9% less Black and 2.7% less Hispanic youths now use marijuana in states with Medical Marijuana Laws".

As the survey was administered over a period of 16 years, the researchers were able to compare the changes in teenager's marijuana use in states that adopted Medical Cannabis Laws with those that hadn't, allowing them to more precisely pinpoint the effects of the legislation. Intriguingly, the study found that the longer the laws had been in place, the greater the reduction in teen cannabis use.

The results shine a light on an important debate taking place in America about the relative benefits and risks of decriminalizing cannabis. Decriminalization of cannabis is completely separate and different from recreational cannabis legalization, also important to note that this research only applies to medical cannabis states. 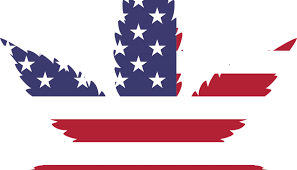 "Some people have argued that decriminalizing or legalizing medical marijuana could increase cannabis use amongst young people, either by making it easier for them to access, or by making it seem less harmful." says Dr Rebekah Levine Coley.

"However, we saw the opposite effect. We were not able to determine why this is, but other research has suggested that after the enactment of medical marijuana laws, youths' perceptions of the potential harm of marijuana use actually increased. Alternatively, another theory is that as marijuana laws are becoming more lenient, parents may be increasing their supervision of their children, or changing how they talk to them about drug use."

Importantly the study found that unlike medical cannabis laws, legalizing recreational cannabis had no noticeable effect on adolescents' cannabis use, except for a small decline in cannabis smoking among 14-year olds and people from Hispanic backgrounds, and an increase in use among white adolescents. Neither policies had any effect on frequent or heavy users of cannabis users, suggesting that these students are not easily influenced by state laws. 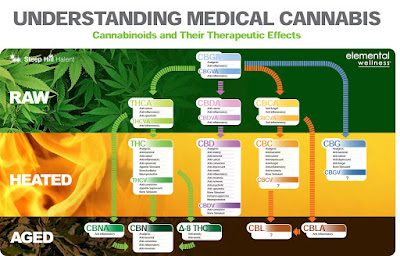