Should New Mexico Legalize Cannabis for Recreational Use? 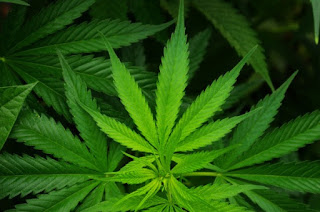 The people of New Mexico are once more confronted with the question, Should New Mexico legalize cannabis for recreational use?

The legislators promoting and sponsoring the Cannabis Regulation Act did not even attended any Medical Cannabis Advisory Board Hearings in the last 2 years to hear what the Doctors think about medical cannabis, nor did Drug Policy Alliance or any Lawmakers even bother to ask any constituents or any medical cannabis patients for suggestions when writing HB-356.

And that's the reason why I voted for her, to Protect Medical Cannabis Patient Rights.

The Cannabis Regulation Act proposes several changes to the state’s current medical cannabis program, all of which would have a very negative impact on medical cannabis.

Just as Americans For Safe Access has always said, the legalization of cannabis for recreational use is a separate issue from safe and legal access to cannabis for therapeutic use.

Lawmakers cite the need for more money, and always mention all the money Colorado has coming in from Cannabis legalization for education. Guess what, we already spend more per student in our public schools than Colorado does, New Mexico has a money management issues going on and that needs to be addressed and fixed before tackling Recreational Legalization.

If arrests for cannabis possession are a major social justice concern, the solution is decriminalizing possession, turning it into a violation equivalent to littering by passing Senate Bill 323, Decrease Marijuana Penalties, into law.

That focus should include passing Senate Bill 204, Medical Marijuana in Schools legislation and ending the discrimination children have been facing for over a year. Along with passing a Senate Bill 406, that expands the medical cannabis program. A bill that will establish medical cannabis research at UNM and recognition of nonresident medical cannabis cards. These measures in legislation would allow for increased program participation and tourism in the state as people could come and enjoy events like Gathering of Nations or Balloon Fiesta.

New Mexico in Focus reported that this will be the 8th year now that Drug Policy Alliance and Senator Ortiz y Pino have tried to legalize recreational cannabis in New Mexico. In the last 8 years, there has only been one attempt by legislators to expand the state’s medical cannabis program. After 8 years of trying and failing it’s time to include medical cannabis patients, medical professionals, scientists and concerned citizens at the policy table for writing all cannabis legislation; instead of meeting in secret behind closed doors at the Roundhouse.

[ About the author, Jason Barker: He is a advocate for Safe Access New Mexico, a Affiliate of Americans For Safe Access; a freelance writer for Cannabis News Journal; and a medical cannabis patient in New Mexico. Jason lives in Albuquerque with his dog, Tecumseh, who has a very severe case of canine epilepsy. Jason’s work has focused solely on medical cannabis issues, decriminalization of cannabis, hemp policy and does not work on legalization of cannabis for non-medical purposes or other illicit drug issues. 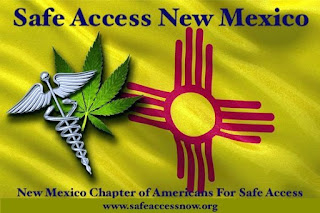