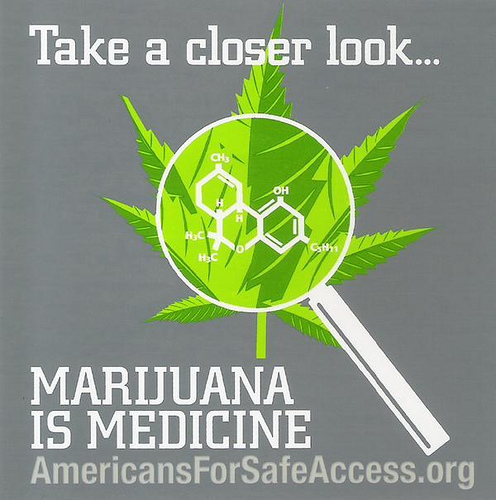 All of the sudden for 2019 in New Mexico the failed War on Drugs and Social Injustices are major concerns for New Mexico Legislators, a concern for all who are Sponsoring Recreational Cannabis Legalization.

Why is it these same lawmakers wait until 2019 to now speak out about these major concerns they all have with the Drug War?

None of them spoke out last year for the rights of medical cannabis patients or social justice issues with the criminalization of cannabis. Nor did any of these lawmakers speak out about that in 2017 or 2016. Why is that?

Why have these same lawmakers not spoken up and defended the rights of medical cannabis patients in their home districts and all the injustices we as patients have dealt with over the years in New Mexico?

What these lawmakers are doing are using the people caught up in the failed War on Drugs and using people who rely on medical cannabis - using those Social Justice Issues to advance their own personal political party agenda for taxation of Recreational Cannabis Use.

All with the guidance of Drug Policy Alliance and the support of the ACLU of New Mexico. Both organizations also enjoy funding from the same source, the George Soros Foundation. And that foundation was also active in making political campaign contributions to Democrats and their party in New Mexico during the last election during 2018.

None of the above sponsors for the Cannabis Regulation Act have ever provided any legislative action, in the past years, to do anything for the rights of any cannabis user, medical or not.

No articles in the Albuquerque Journal or Santa Fe New Mexican, no appearances on any TV News or news radio speaking out for medical cannabis patient rights or the unjust criminalization of cannabis and how that affects people of color. Nothing ever done but now in 2019, it’s so important to all of them.

They are using all the people caught up in the Drug War for their own political gain.

The only cannabis related legislation to pass into law in New Mexico, since the passage of the Lynn and Erin Compassionate Use Act (Medical Cannabis Program) was legislation in 2018 for GW Pharmaceuticals, Epidiolex, by Rep. Deb Armstrong.

At the end of the first Committee hearing for the Cannabis Regulation Act on Saturday, Representative Deb Armstrong suggested to the bills Sponsors to combine HB-356 with Senate Bill 406, Medical Marijuana Changes legislation.

Hearing that suggestion from Rep. Deb Armstrong shows how little she knows and understands about the medical cannabis program that bears her own daughters name. Of course Rep. Deb Armstrong always mentions her connection to the medical cannabis program, but has never done anything for the program in legislation or attended the state meetings for the Medical Cannabis Advisory Board at the Department of Health.

First and Foremost our state legislators should be keeping all Medical Cannabis Policy and Recreational Cannabis Policy separate in all Legislation. The fact that this is not understood by these policy makers shows how poorly written the Cannabis Regulation Act is.

Even all the members of the public who spoke in favor of the Cannabis Regulation Act, spend most of their public comment time discussing the concerns they had with the bill and how it was written.
The public comment is right at the start of the committee hearing video: http://sg001-harmony.sliq.net/00293/Harmony/en/PowerBrowser/PowerBrowserV2/20190210/-1/62074

None of the lawmakers have ever done anything in the legislature for the decriminalization of cannabis, but now when they have a chance to tax a plant like alcohol they have no problem using people who have been caught up in the Drug War for political gain.

Even Drug Policy Alliances own supporter, Dustin Sulak, D.O. a renowned integrative medicine physician and medical cannabis expert based in Maine has said, “I think the best thing for public health and the best thing for patients is decriminalization of cannabis. Not legalization and isolation.”

Legalization before decriminalization also has shown favoritism to larger or more well funded organizations, at the expense of local developments and it most certainly jeopardizes the continuity of patient care in existing medical cannabis programs.

Dr. Dustin Sulak, a supporter of both Americans For Safe Access and Drug Policy Alliance, went on to further say, “I think for policy makers their priority should be, so it’s clear, should be removing the public health risks of prohibition of cannabis. Those public health risks- like putting people in jail for victimless crimes, jeopardizing people's access to financial aid for higher education, jeopardizing people’s employment, and exposing people to a underground market that would increase their potential to access more harmful drugs. All of those areas of harm reduction are all ones that communities can see a public health improvement in, through the decriminalization of cannabis. And all of those issues can be achieved with a logical approach to decriminalization. Then the lawmakers could follow that up with a regulatory scheme for adult use legalization along with keeping crucial aspects for the medical patients and medical cannabis program, like ensuring patients will be able to grow and produce their own medicine.”


Dr. Sulak also spoke about this at The Verdes Foundations New Mexico Medical Cannabis Conference in 2018. None of the lawmakers sponsoring the Cannabis Regulation Act were in attendance.

If arrests for cannabis possession are a true social justice concern for any of the lawmakers, then the solution is very clear in decriminalizing cannabis possession, turning it into a violation equivalent to littering by passing Senate Bill 323, Decrease Marijuana Penalties, into law.

This legislation for recreational adult use cannabis, HB-356, is favoring the business profits and potential taxes over taking the path that will result in the greatest harm reduction that will better fulfill those social justice promises. Promises and concerns of social justice, that all of the sudden become so important in 2019, but not last year or in years past.

These same Democratic lawmakers all know everything proposed in the Cannabis Regulation Act by Drug Policy Alliance can be achieved by passing cannabis decriminalization and by expanding our current Medical Cannabis Program.

As members of the legislative, or lawmaking, branch of OUR state government, legislators work on making changes to existing laws or passing new legislation based on their constituents' needs. Those needs are being ignored by these lawmakers.

We have kids facing discrimination at the hands of public school administrators in New Mexico because they are medical cannabis patients using a life saving medicine and Rep. Martinez, Rep. Ely, Rep. Maestas, Rep. Rubio, Sen. Ortiz y Pino and Rep Deb Armstrong are all prioritizing Recreational Cannabis policy and mixing it with the State’s Medical Cannabis Program...kinda highlights why we as a state need to reform the dysfunctional legislature. Kids that are being discriminated against take a back seat to recreational cannabis legalization. How sad…talk about a social injustice occurring before our very eyes.

How is Governor Lujan Grisham ok with this?

Lawmakers with misguided priorities pushing for recreational cannabis use on false pretenses. This is why Education, Crime, the State’s Economy, and Poverty/Healthcare; this is why OUR state is always ranked at the bottom of the barrell for these issues. These are also the top biggest concerns for New Mexico voters.

New Mexico in Focus reported that this will be the 8th year now that Drug Policy Alliance and Senator Ortiz y Pino have tried to legalize recreational cannabis in New Mexico. In the last 8 years, there has only been one attempt by legislators to expand the state’s medical cannabis program. After 8 years of trying, it’s time to include medical cannabis patients, medical professionals, scientists and concerned citizens at the policy table for writing all cannabis legislation; instead of meeting in secret behind closed doors at the Roundhouse.

Medical cannabis patients in New Mexico deserve safe access to their medicine at schools before the state legalizes recreational cannabis for other people to have party with.

Medical cannabis patients in New Mexico deserve safe access to medical cannabis in hospitals and medical facilities, like little kids going through the horrors of cancer treatment at UNM, before the state legalizes recreational cannabis use.

Medical cannabis patients in New Mexico deserve safe access to medical cannabis in hospice care facilities and senior retirement communities before the state legalizes cannabis for other people to have fun with.

Our Military Veterans and First Responders deserve safe and equal access to medical cannabis before the state legalizes recreational cannabis for other people to have party with.

Any state educational institution of higher learning should have safe access to research medical cannabis and the state’s medical cannabis program before legalization ruins that potential research.

All doctors and prescribing medical professionals in the State of New Mexico should have safe access to recommend the use of medical cannabis to their patients or patient's caregiver before recreational cannabis legalization.

Form follows Function and Policy makers in New Mexico and the US for that matter- these Lawmakers need to stop using the debate surrounding legalization of cannabis for recreational use to obscure the science and policy regarding the harm reduction achievements of decriminalizing cannabis and the medical use of cannabis.

In today’s era of how legalization, cannabis taxation and financial profits of cannabis has spread, the distinction matters and this behoves policy makers to follow a process that achieves the greatest harm reduction.

For the sake of integrity and compassion that is what should be done.

So if you are not talking with you elected officials about medical cannabis, then ask yourself, "Who is?

Please email and/or Write a letter, and Call your New Mexico Legislators, as members of the legislative, or lawmaking, branch of OUR state government, legislators work on making changes to existing laws or passing new legislation based on their constituents' needs. Those needs are being ignored by these lawmakers in the Cannabis Regulation Act.
Link Here: https://www.nmlegis.gov/Members/Find_My_Legislator

News Articles To Reference:
‘Legal marijuana made big promises on racial equity — and fell short’
“Time is really up on selling your business dream as a social justice movement,” said the president of the Minority Cannabis Business Association. | NBC News | Dec. 31, 2018
https://www.nbcnews.com/news/nbcblk/legal-marijuana-made-big-promises-racial-equity-fell-short-n952376?fbclid=IwAR07CnKugw7D0w9nsVD9FGNIOoIffg4RDSMSkCPGrkI-Ew9KSSz3TK3JqB0

‘Will Recreational Use of Cannabis Impact Medical Use?’ | National Pain Report | 01.07.2019 | Link: http://nationalpainreport.com/will-recreational-use-affect-medical-use-8838278.html


‘Black Market Marijuana Is a Big Problem, and This New Survey Proves It’
California's cannabis market is leading by example. However, it's not a good example.
https://www.fool.com/investing/2018/09/16/black-market-marijuana-is-a-big-problem-and-this-n.aspx