Santa Fe - On this President’s Day, we are now over four weeks into New Mexico’s limited 60-Day Session at the Roundhouse, leaving state legislators 27 days left in the session to tackle over 20 different bills for Medical Cannabis, Hemp, and Recreational Cannabis.

This week at the Roundhouse in Santa Fe, several crucial Medical Cannabis and Hemp bills are scheduled for committee hearings and one very important bill scheduled for a Senate floor vote. 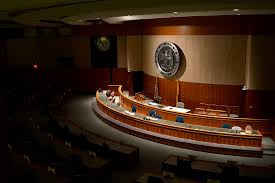 Senate Bill 299, Medical Cannabis and Indian Nations, is scheduled for the Senate Judiciary Committee today, Monday February 18 2019, at 1:30 PM (or half hour after floor session ends) in Room 321.

Senate Bill 477, Medical Cannabis and Removal of Children, is scheduled for the Senate Public Affairs Committee at 1:3o PM (or half hour after floor session ends) on Tuesday, February 19 2019, in Room 321.

Senate Bill 406, Medical Cannabis Changes, is scheduled for the Senate Public Affairs Committee at 1:3o PM (or half hour after floor session ends) on Tuesday, February 19 2019, in Room 321.

Senate Bill 404, Three (3) Year Medical Cannabis Certification, is scheduled for the Senate Public Affairs Committee at 1:3o PM (or half hour after floor session ends) on Tuesday, February 19 2019, in Room 321.

Senate Bill 323, Decrease Cannabis Penalties, is scheduled for the Senate Public Affairs Committee at 1:3o PM (or half hour after floor session ends) on Tuesday, February 19 2019, in Room 321.

Senate Bill 338, No Indoor E-Cigarette Use, is scheduled for the Senate Public Affairs Committee at 1:3o PM (or half hour after floor session ends) on Tuesday, February 19 2019, in Room 321.

House Bill 581, Hemp Manufacturing Act, is scheduled for the House Agriculture and Water Resources Committee at 8:30 AM on Tuesday, February 19 2019, in Room 315.


Medical Cannabis and Decriminalization Legislation
Senate Bill 204, Medical Cannabis in Schools, Introduced by Senator Candace Gould:
Senate Bill 204 would create a new section of the Public School Code to permit the use, storage, and possession of medical cannabis in school settings under certain conditions. Students may not self-administer the medication, and parents, guardians, or school personnel may not administer the medication to students in a way disruptive to school. SB-204 would also amend the Lynn and Erin Compassionate Use Act to remove criminal and civil liability for the use of medical cannabis on school premises, buses, or other public vehicles. (Legislative Analysis)


Senate Bill 477, Medical Cannabis and Removal of Children, Introduced by Senator Antoinette Sedillo Lopez. Senate Bill 477 proposes a new section of law be added to the Abuse and Neglect Act, the Family Services Act, and the Public School Code. The proposed section of the Abuse and Neglect Act would indicate that a person’s participation in the state’s medical cannabis program shall not constitute grounds for intervening, removing, or placing their child into state custody. In the proposed amendment to the Family Services Act, a person’s participation in the medical cannabis program should not establish grounds for provision of prevention, diversion, or intervention services to that person’s family. The proposed section of the Public School Code would provide that no employee of a school shall report or threaten to report a parent for alleged child abuse or neglect only due to the parent’s or child’s participation in the medical cannabis program. (Legislative Analysis)


Senate Bill 299, Medical Cannabis and Indian Nations, Introduced by Senator Benny Shendo Jr. Senate Bill 299 adds a new section to the Lynn and Erin Compassionate Care Act to authorize DOH to enter into intergovernmental agreements with “any sovereign Indian nation, tribe or pueblo located in New Mexico that elects to implement the provisions of the medical cannabis program”. The bill would allow DOH to provide any assistance to Indian nations, tribes, or pueblos they may request in implementing their own medical cannabis programs and guidelines on implementation. The bill includes and emergency clause. (Legislative Analysis)

The last sentence of the act summarizes many provisions of the act: “…A qualified patient’s use of cannabis pursuant to the Lynn and Erin Compassionate Use Act shall be considered the equivalent of the use of any other medication under the supervision of a physician…” (Legislative Analysis)


Senate Bill 404, Three (3) Year Medical Cannabis Certification, Introduced by Senator Bill B. O'Neill and Representative Dayan Hochman-Vigil. Senate Bill 404 changes the expiration date of medical cannabis registry identification cards from one year to three years after the date of issuance. The bill would also add a new section requiring qualified patients without certification that their debilitating medical condition is chronic to submit an annual statement from the patient’s qualified practitioner that the practitioner has examined the patient within the last twelve months, the patient continues to have a debilitating condition, and that the benefits of use of medical cannabis outweigh the health risks. The new section would not require veterans or patients with certification of a chronic condition to provide the annual physician report. (Legislative Analysis)


Senate Bill 323, Decrease Cannabis Penalties, Introduced by Senator Joseph Cervantes.
Senate Bill 323 amends Section 30-31-23 NMSA 1978, within the Controlled Substances Act, to provide the following penalties for possession of marijuana:
SB 323 also amends Section 30-31-25.1 NMSA 1978 to provide a $50 penalty assessment misdemeanor for use of or possession with intent to use drug paraphernalia.


Senate Bill 338, No Indoor E-Cigarette Use, Introduced by Senator Linda Lopez.
(House Bill 256, Add E-Cigarettes To Clean Indoor Act, Sponsored by Representatives: Joanne J. Ferrary, Elizabeth "Liz" Thomson, Deborah A. Armstrong, William "Bill" Pratt, and Christine Trujillo is the House version) Senate Bill 338 amends the Dee Johnson Clean Indoor Air Act, Section 24-16-3 NMSA 1978, to include e-cigarettes and their vapors from being used and inhaled in the spaces in which tobacco and similar products are prohibited by the act. It newly defines “e-cigarette” and “secondhand smoke” and “smoking” all of which to encompass the use of e-cigarettes along with smoked tobacco and other plant products. Both bills define cannabis and hemp smoke and use of medical cannabis and hemp oil vape pens as the same as second hand tobacco smoke. (Legislative Analysis)


Senate Bill 242, Medical Cannabis Gross Receipts and Deductions, Introduced by Gerald Ortiz y Pino. Senate Bill 242 adds medical cannabis to the gross receipts tax (GRT) deduction under Section 7-9-73.2 NMSA 1978. This bill excludes medical cannabis from the definition of a prescription drugs and specifies that only receipts from the sale of medical cannabis by a licensed producer and qualified patient pursuant to the Lynn and Erin Compassionate Use Act would qualify. The effective date of this bill is July 1, 2019.


Senate Bill 182, Licensure of Pharmacists, Introduced by Gerald Ortiz y Pino. Senate Bill 182 would modify Section 61-11-22 NMSA 1978, regarding licensing of pharmacists and pharmacies allowing only licensed facilities to use language in their signage and advertising to give consumers the impression they were entering or using a licensed pharmacy. The bill specifies certain terms that cannot be used by a non-licensee and then makes the general prohibition (by non-licensed facilities) of “any combination of these or any other words of similar import or by an insignia or device that might indicate to the public that the place is a pharmacy” language that might mislead a consumer into thinking he/she were entering or patronizing a licensed pharmacy. The bill would remove these non-specific words. Medical Cannabis Producers would no longer be able to include these words in the name of their business: "pharmacist", "pharmacy", "apothecary", "apothecary shop", "chemist's shop", "drug store", "drugs", "druggist", "drug sundries", "prescriptions" and/or “Rx”.

Recreational Cannabis Legislation
There are now two (2) different version of the Cannabis Regulation Act and both are bad policy for the medical cannabis program and both are a bad policy approach for doing this in New Mexico.

Both bills have proposed measures that will all but destroy the current medical cannabis program if passed in 2019.

It would take away the current infrastructure from the medical cannabis program, making all medical cannabis producers dual licensed to be a recreational producer. That same section of the bill also requires that 1/3 of cannabis stock is for medical patients and 2/3 of cannabis stock is for recreational. The recreational consumers would be given more stock of cannabis available to buy than the medical cannabis patient treating a debilitating health condition. Allows people to wipe out “marijuana-related convictions” from court and police records, but if you posses to much concentrates the bill charges you with a Felony. Require some workplace protections for medical and recreational cannabis users. Place no limit on how much a producer could grow, but each plant would be subject to a tax. Require local governments to opt in or opt out of allowing licensed adult-use recreational cannabis dispensaries through elections. Prohibit schools from refusing enrollment to someone using medical or commercial cannabis – although recreational use would not be allowed on school grounds. Prohibit landlords from refusing to rent to someone using medical or commercial cannabis. Prohibit the separation of children from parents who lawfully use medical or commercial cannabis. Allow individuals to grow up to six mature cannabis plants for personal use. (Legislative Analysis)


Senate Bill 577, Cannabis Regulation Act, Introduced on February 14th 2019 and Sponsored by 3 Republican Senators Cliff R. Pirtle, Mark Moores, Craig Brandt and by 3 Democratic Senators Gerald Ortiz y Pino, Jacob Candelaria, and John M. Sapien.
According to the Albuquerque Journal, the terms of Senate Bill 577, a state agency – called the Cannabis Control Commission – would be created to oversee cannabis production, sales and product standards.
Businesses would be allowed to maintain a drug-free workplace, and a 17 percent tax rate would be levied on retail cannabis sales.
The state, cities, and counties would all get a cut of that revenue, with some of it earmarked for training law enforcement officers on how to detect drugged driving. Other revenue would go toward substance abuse and mental health programs.

Conclusion
Drug Policy Alliance hosted a video conference call on February 12th 2019 at 10 AM about the Cannabis Regulation Act (HB-356) in New Mexico with Senator Ortiz y Pino and Rep. Javier Martinez and about 45 medical cannabis patients were on the zoom conference call. We each got a minute to ask a question. Here is the question/comment I made during the Drug Policy Alliance Call:

And the answer/comment from Senator Ortiz y Pino:
'I had no idea that other medical cannabis programs had problems after recreational legalization.' The Senator then looks over toward DPA and says - "is this happening to medical cannabis in other states..."


Not only did this expose how these lawmakers do not understand cannabis policy they are trying to pass into law along with the damage that the recreational bill will do in New Mexico. Further exposing how they have not learned about the fact of how legalization has hurt medical cannabis - negatively impacting programs in other states. We've asked DPA to make the video call available for the public to see as well, since lawmakers are discussing state policy and are awaiting for DPA to respond.

If arrests for cannabis possession are a major social justice concern, the solution is decriminalizing possession, turning it into a violation equivalent to littering by passing Senate Bill 323, Decrease Cannabis Penalties, into law.

That focus should include passing Senate Bill 204, Medical Cannabis in Schools legislation and ending the discrimination children have been facing for over a year. Along with passing a Senate Bill 406, that expands the medical cannabis program. A bill that will establish medical cannabis research at UNM and recognition of nonresident medical cannabis cards.

Those measures in legislation would allow for increased program participation and tourism in the state as people could come and enjoy events like Gathering of Nations or Balloon Fiesta. 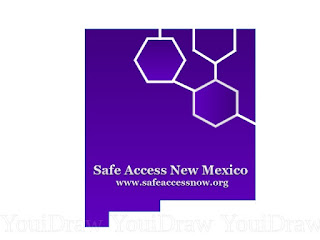