Today, Friday January 18th 2019, the New Mexico State Legislature has taken the day off in it’s limited 60-Day Session. Today there are also kids who can not go to school, despite how much they want to go to school.

We have kids facing discrimination at the hands of public school administrators in New Mexico because they are medical cannabis patients using a life saving medicine. A bill filed for the 2019 legislative session would allow students, who are participants in the state’s medical cannabis program, to access the medicine while at school.

This legislation should be a priority and our lawmakers should give it the priority designation this legislation deserves. The Governor and the leadership in the Legislature have known for over 6 months and have continued to allow this discrimination to happen to these students.

The Governor’s Office can end this discrimination today, that these kids are facing at the hands of New Mexico Public School Administrators with a Executive Order. Following the filing of the legislation, Safe Access New Mexico and parents of the student who are pediatric patients did put several requests into the Governor's Office to do a Executive Order or to fast track this in the legislature and they reached out to Lt. Governor Howie Morales, as well.

Anthony, Paloma and all the kids/students this affects deserve to be able to get back to school as soon as possible. It’s just like Governor Lujan Grisham said about New Mexico state government in her first inaugural address on January 1st 2019; “There is no more time to lose.” and that “We will do things the right way again”.

These kids are losing time, time they will not get back, while waiting for the State to end this discrimination.

California, New York, Virginia and Washington all have joined New Mexico in having active 2019 Legislation for Allowing Safe Access to Medical Cannabis in School.

All have successfully set forth rules and regulations for allowing safe access to medical cannabis while attending public schools.

No school or school district in the US has ever lost any federal funding for allowing safe access to medical cannabis at school, nor has there been any problems.


Here is what You can do to help advocate for the passage of this Legislation:
Please do a nice Email and/or Write a letter, and Call your New Mexico Legislators for Senate Bill 204, Titled ‘Medical Marijuana in Schools’, asking for support and quick legislative action on it.

Please do a nice Email and/or Write a letter, and Call the Leadership in the Legislature and ask the Speaker of the House (Mr. Brian Egolf) and President Pro Tempore of the Senate (Ms. Mary Kay Papen) for quick legislative action on Senate Bill 204, Titled ‘Medical Marijuana in Schools’.
Link Leadership Here: https://www.nmlegis.gov/Members/Leadership

Send the Governor an Email on the Governor’s Website Contact Form and place a Phone Call asking for Governor Lujan Grisham to do a Executive Order and for quick legislative action on Senate Bill 204, Titled ‘Medical Marijuana in Schools’.
Governor’s Office Phone: (505) 476-2200
Link Here: https://www.governor.state.nm.us/contact/ 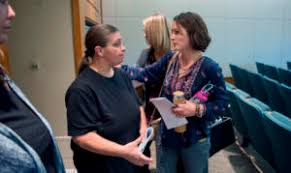