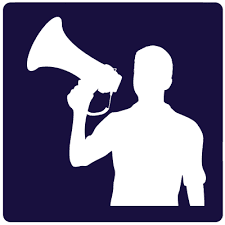 Right now children who are medical cannabis patients are being discriminated against by the New Mexico Public School System, Period.

Since yesterday’s State of the State address, all we have heard about on the news and in the newspapers is how the Democratically controlled legislature wants Recreational Cannabis Use Legalization to be a priority in the Legislative Session and our new Governor wanting to add a health condition into the medical cannabis program, Opioid Use Disorder, that is already being treated in the medical cannabis program (MCP). Any health condition a doctor would prescribe opioids for are already part of New Mexico’s Medical Cannabis Program.[6,7,11]

If Governor Lujan Grisham had talked to any of the Doctors on the State’s Medical Cannabis Advisory Board, then the Governor would understand this and the same would be true if Governor Lujan Grisham attended any of the Medical Cannabis Advisory Hearings she was invited to attend while campaigning to be our Governor. Prior to the Advisory Board Hearings, Mr. Victor Reyes was contacted for those invites and acknowledged the invitations, he is now part of the Legislative Policy team in the Governor's Office.

“Opioid addiction is an epidemic that is tearing New Mexico families apart. As my third Leadership in Action Initiative, I will immediately direct the Department of Health to add opioid addiction as a condition to qualify for medical cannabis treatment.” [1]

The key word in the Governor’s statement is "Addiction", and that is what is really being treated if this is added, not opioid misuse or abuse. Our state's medical cannabis program already covers all health conditions that opioids are prescribed for.[6,7,11]

As many do not realize, the Chronic Pain health condition is a ‘umbrella term’ covering well over 200 different health conditions that do qualify for enrollment into the medical cannabis program.
“In most cases, the board said, patients who suffer from the rejected conditions are already able to be certified to use cannabis under an existing qualifying condition — such as chronic pain…”[6,7] Medical Cannabis Program Director, Kenny Vigil even points out that, “In five years, no patient has been denied a card.”[8]

Governor Lujan Grisham should be listening to these medical experts and the policy experts at Americans For Safe Access.

Additionally, before any new health condition(s) are added into the MCP that would lead to a rapid increase of new patients, "adequate supply" needs to be addressed and fixed. As of right now there is less than 1/3 of a cannabis plant available per patient as medicine. State District Judge David Thomson in Santa Fe, already issued a court ruling telling the State this must be done and the State has yet to follow the Judge’s orders.[10]

The state must increase the plant count before a health condition is added that would cause a rapid increase in program participants otherwise there be a shortage in medicine available.

It makes absolutely no sense to add a new health condition involving addiction, if there is any chance that program participants may end up going to the black market for cannabis since the State isn’t following the Purpose of its own medical cannabis law.

Governor Lujan Grisham should be first and foremost be talking about fixing the medical cannabis program to allow Safe Access to Medical Cannabis at Schools and end the discrimination there.

“Lujan Grisham said she supports the medicine on school grounds as long as safety and administrative standards are established.
“For many students their ability to use medical cannabis on school grounds is the difference between being able to attend public school or not,” she wrote to the Journal.”[3]

Build a solid foundation first.
Then start talking about Recreational Cannabis Use Legalization.

In response to this quote by Governor Lujan Grisham; “Gov. Michelle Lujan Grisham says she supports legalized recreational marijuana – with important caveats.
She said on the campaign trail and in a statement to the Journal that any legislation reaching her desk would have to “protect medical cannabis patients, improve public safety, deal with prevention of underage use and workplace impairment, boost state revenues, and allow for New Mexico businesses to grow into this new market during an effective transition period.”[5]


The Governor’s Office can end this discrimination today, that these kids are facing at the hands of New Mexico Public School Administrators with a Executive Order. As requested in the Governor’s first week in Office by Safe Access New Mexico and Ms. Brick, a parent of one of theses students being discriminated against. It’s just like Governor Lujan Grisham said about New Mexico state government in her first inaugural address on January 1st 2019; “There is no more time to lose.” and that “We will do things the right way again”.

The Governor’s Office has yet to respond to Ms. Brick or Safe Access New Mexico and these kids are losing time, time they will not get back, while waiting for the “right way” to happen.

California, New York, Virginia and Washington all have joined New Mexico in having active 2019 Legislation for Allowing Safe Access to Medical Cannabis in School.