In Honor of Veterans Day, A Story Everyone Should Listen To -"We’ve Never Been The Same: A War Story"

We’ve Never Been The Same: A War Story

by Adam Piore and Jay Allison with Viki Merrick | 2.16.15
Intro from Jay Allison: All wars are the same, it is said, only the scenery changes. And the repercussions are pretty much the same too.

Over the last five years, Adam Piore has gathered the stories of the surviving members of Delta Company, a Vietnam-era paratrooper unit; I joined him for the last two years when it turned from a book into a radio story. We're proud now to feature the finished hour on Transom.

At Fort Campbell before deployment, Delta was a ragtag bunch, the “leftovers” as one of their fellow soldiers put it, but on the night of March 18th, 1968, they became heroes. Their leader earned the Congressional Medal of Honor and two others were awarded the nation’s second highest honor, the Distinguished Service Cross, for their valor that night when the company endured a long and devastating battle—not as long or as devastating, however, as the years that followed, after the men of Delta Company came home separately to live alone with the memories.

Adam Piore became dedicated to this group of guys and to their common story of trauma, guilt, courage, heartbreak, and reunion. This is Adam’s first work for radio and his notes about the transition from print can be found below.


The Advantages of Radio

I hadn’t thought about telling Delta’s story as a radio piece. But I think you have to actually hear the voices of these men to really get a sense of the drama of their battle and how present it still is for many of them today.

Even after listening to these interviews countless times, I am still deeply moved by their voices. These guys have something to say. But for years they’ve been convinced that nobody wants to hear it. To amplify the actual voices of these guys—to help them share a message, connect with the world—I just had no idea it could be so satisfying to do radio. Now I get it.
Building Trust and Interviewing Vets with PTSD… Over and Over and Over Again

In the fall of 2013, Jay Allison came down from Cape Cod to gather some tape with me, and show me a few tricks. By then, I already had hours and hours of tape on microcassette. But since none of it was radio quality, we decided to interview everyone again. (In the end we did use a small piece of the microcassette tape. It had a nice archival feeling to it that Jay and Viki Merrick, who also worked on the piece, liked.)

It was a bit of a challenge having to interview everyone multiple times, but I learned that as long as the quotes had energy it made for good tape.

By the time Jay and I sat down to tape the Delta guys, most of them had known me for years and felt comfortable speaking candidly about their experiences, which is important, of course, in doing a story like this.

It’s not always easy to get vets to talk about their experiences, especially if the vets have PTSD. You need trust. And to get trust you need to put in the time. 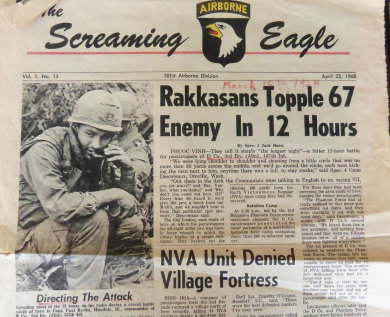 Paul Bucha on the front page of The Screaming Eagle

At the outset, I think the main reason the men of Delta decided to trust me is because they trusted each other. I started with their former Company Commander Bud Bucha. He was the gatekeeper of sorts. As a Medal of Honor recipient, Bud has had plenty of attention over the years. But the idea that I wanted to tell the story of the whole unit appealed to him. He thought his men deserved recognition. Bud’s judgment that I could be trusted was enough for Dave Dillard. And once I had Bud and Dave in my corner, most, though not all, of the other guys were willing to speak with me.

I started by just getting details about the big battle, but the conversations almost invariably moved on to the aftermath of war and the trauma. I admitted my ignorance up front. I know that someone who hasn’t gone through combat can never understand what it is like. But that doesn’t mean I can’t attempt to understand, or at least try to help them translate some of that experience into language someone like me might understand—at least a small part of it. And if they don’t want to talk about it, then fine. I’m not forcing anyone. I’m just there to listen.

At first, we went slowly into the details. And later, I knew so much about the battle that I could discuss it in a level of complexity that I think the men appreciated. It helped that a lot of time had passed, and some of the guys had come to the realization that the only way to heal was to talk. Many, though not all, had talked with each other and professional counselors. 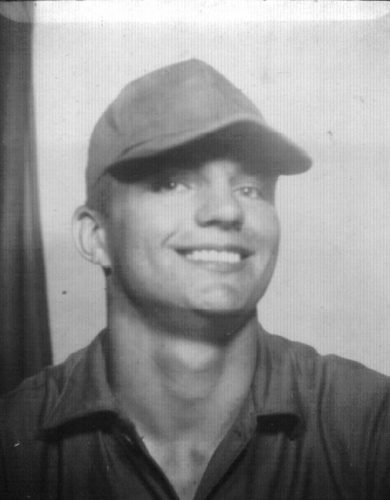 I have spent a lot of my career speaking with people about trauma and am comfortable doing so. I’ve found that the best way to talk with others about difficult experiences is to behave, while acting as a journalist, in much the same way I would behave as a human being—with respect, compassion, openness, curiosity and honesty. I don’t try to force people to talk about things they don’t want to talk about. But I’m also not shy about asking questions. I don’t really flinch when people tell me terrible things. I try to be present, to get a sense of how the person I am speaking with feels and is experiencing their story, not just the words they are telling me. What does this story mean to them? What was it like for them?

If I have a difficult question, I often preface it by telling the person beforehand that I’m going to ask a difficult question, which they don’t have to answer if they don’t want to. Probably what helps the most is simply making sure the person I am interviewing understands exactly what I’m trying to do, why I want to know the answer to something, and how I think it might help others understand their experience. I admit when I worry I am crossing a line, or wonder if I am pushing too hard. An interview is a collaboration.

I also will talk about myself, things I have been through, or heard about, or wondered about, or thought about. I was moved by the stories the men of Delta told me. And I let them know. I was surprised by how much some of them seemed to appreciate that. A lot of them thought nobody cared. But these guys wanted to talk once they knew someone wanted to listen. Once they understood that their stories mattered to me, and that I thought they would matter to a lot of other people too.

Help Transom get new work and voices to public radio by donating now.
Getting the Story on Tape… When the Bathroom is Down the Hall

I used an H4n tape recorder, which I purchased at Best Buy, to gather audio, and relied on tips from the Transom website and Samantha Broun on what microphone to buy and what headphones to use, as well as how to get good tape.

In the end, good radio writing and reporting relies on the same thing as good magazine writing and reporting: Getting the details, being specific, showing instead of telling. I report and write a lot by getting people to tell me stories, and then slowing them down and getting them to describe the scenes. What did it look like? What did it smell like? What were you feeling at that point? What was that like?

One thing that surprised me was just how much stray noise popped on the tape. During one particularly emotional interview, you could hear the toilet flushing in the bathroom down the hallway, even though the door was closed. Talk about a mood killer!

I also learned that some of the most powerful moments of my interviews didn’t translate into the tape—moments that I would definitely have written into a magazine story. At one point we were talking about a particularly raw and harrowing part of one man’s story, something I’m not sure the soldier had spoken about for 40 years. To me the moment was positively electric, his reaction to my question struck me as so raw and real and powerful. But Jay later told me, “It was all in his eyes.” On tape it sounded dull, emotionless, and we didn’t end up using it.
Story Telling

I would have preferred not to insert myself into this story. But Jay and I agreed that the younger audience, people who hadn’t been around for Vietnam, probably needed a guide. And so I tried to come up with a theme that would serve as a touchstone to the present, a thread that we could weave in and out of the real story. I began by sending emails to Jay and getting his feedback. I didn’t want to compare anything I have ever experienced with what the men of Delta went through. But Jay kept pushing me to explain why I was so intrigued by their story. For a while, I couldn’t articulate why. But by the end, I think I got pretty close. I found the whole experience deeply moving. And capturing their voices was a much more potent way to tell the men from Delta’s tale than it would have been in print.

I’ll definitely do more radio in the future.

You can find out more about those Delta Co. 3rd Battalian, 187th Infantry (Airborne), 101st Airborne Division who served in Viet Nam here. 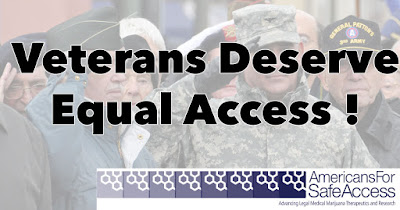