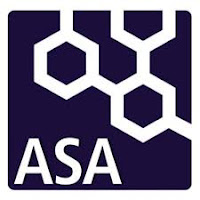 LOS ANGELES -- The United Cannabis Business Association (UCBA) will join forces with the Americans for Safe Access (ASA), the nation’s largest patient-focused medical cannabis advocacy organization, to launch the first ASA chapter in the Los Angeles area. Many patients in Southern California still face challenges with safe accessing cannabis, despite evidence supporting its efficacy, and policies legalizing such treatments. The new chapter will launch in October.
The focus of ASA’s LA chapter will be to overcome political, social and legal barriers by developing policies that improve access to medical cannabis for patients and researchers through legislation, education, and litigation. The chapter will will work closely with staff in ASA’s Washington, DC headquarters to ensure that patients remain an important focus in the new market.
Peer-reviewed scientific research has shown cannabis to be an effective treatment for a wide range of illnesses. These include Cancer, HIV/AIDS, Amyotrophic lateral sclerosis (ALS), Post traumatic stress disorder (PTSD), among many others.
“We are thrilled to announce this important partnership between United Cannabis Business Association and Americans for Safe Access,” said Ruben Honig, executive director of UCBA. “As a patient who has benefited immensely from cannabis as a treatment for my own autoimmune disease, I know how it can change lives. But I also know that many obstacles to safe access still remain and many patients continue to needlessly suffer. An ASA chapter here in Los Angeles will help Angelenos access much-needed treatments through LA’s legal and legitimate cannabis businesses.”
In 1996, California became the first medical cannabis state when voters approved Prop 215, the Compassionate Use Act, that allowed patients to legally use, possess, and grow cannabis. Emergency rules and regulations implemented in 2017 greatly impacted the state’s medical program, particularly in regards to limits for patients.
Both the 15% excise tax, which makes medicine unaffordable for many patients along with the state’s failure to provide civil protections for patients in the areas of housing and employment protections are issues ASA LA will focus on.
“We are excited to announce that the Los Angeles area now has a fully-fledged chapter of Americans for Safe Access,” said Steph Sherer, Founder and President of Americans for Safe Access. “We look forward to working with this growing chapter to help them improve the California program and the many challenges that patients still face to access this medicine safely.” 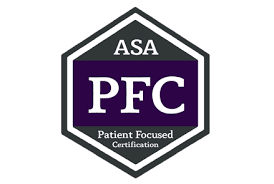 ABOUT THE UNITED CANNABIS BUSINESS ASSOCIATION
The United Cannabis Business Association (UCBA) represents retailers in the City and County of Los Angeles and statewide in Sacramento. Established in 2016, the UCBA has been a leading force in establishing a regulated cannabis industry in Los Angeles: from introducing ballot measures locally and legislation at the state, to taxation issues, licensing, and social equity programs. For more information about the UCBA and to become a member, please visit our website at: www.ucba.com.
ABOUT AMERICANS FOR SAFE ACCESS
The mission of Americans for Safe Access (ASA) is to ensure safe and legal access to cannabis (marijuana) for therapeutic use and research. ASA was founded in 2002, by medical cannabis patient Steph Sherer, as a vehicle for patients to advocate for the acceptance of cannabis as medicine. With over 100,000 active members in all 50 states, ASA is the largest national member-based organization of patients, medical professionals, scientists and concerned citizens promoting safe and legal access to cannabis for therapeutic use and research. ASA works to overcome political, social and legal barriers by creating policies that improve access to medical cannabis for patients and researchers through legislation, education, litigation, research, grassroots empowerment, advocacy and services for patients, governments, medical professionals, and medical cannabis providers.
https://www.safeaccessnow.org/