SANTA FE – Secretary of State Maggie Toulouse Oliver reminds all eligible voters in New Mexico that Tuesday, October 9, 2018, is the last day to get registered to vote in order to vote in the upcoming general election.

“Over 29,000 New Mexicans registered to vote or updated their registrations during National Voter Registration Month in September but there is still plenty of time to put more eligible voters on the rolls before Tuesday’s deadline,” said Sec. Toulouse Oliver. “Active voter participation is fundamental to a successful democracy. I urge all eligible New Mexicans to get registered and to vote in every election.”


State law requires voter registration to close once voting begins on the 28th day before the election (§1-4-8(A) NMSA 1978).

Sec. Toulouse Oliver encourages all eligible New Mexicans to use NMvote.org to register to vote or to update their registration online before the Tuesday, October 9, 2018 deadline. To obtain a paper voter registration form, visit any county clerk’s office, the Secretary of State’s office, or many state agencies such as motor vehicle offices and offices offering public assistance. New Mexicans can also contact the Secretary of State’s office by phone at 1-800-477-3632 or by email at sos.elections@state.nm.us for assistance getting registered. 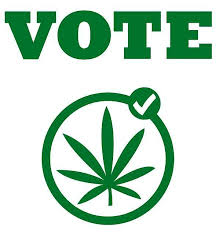 Democracy is not a spectator sport. Liberty requires responsibility. Both require your engagement. Your voice matters. Register to vote today!

With a government elected by its citizens and that affects every aspect of our lives from schools to health care to homeland security, voting is an important right in our society. By voting, you are making your voice heard and registering your opinion on how you think the government should operate. When more people vote, they increase the chance that the issues that are important to them are taken seriously.

To vote in New Mexico, you must be registered at least 28 days prior to the election. Simply pick up a voter registration application form or print the national form online, fill it out, then mail it to the New Mexico Office of the Secretary of State or your local County Clerk's Office. 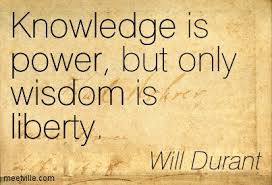 No matter how the 2018 midterm elections turnout, Congress will look very different on January 1, 2019. Between the House and the Senate, fifty-six members (and counting) have announced they are not seeking reelection due to resignation, retirement, ethics issues, or seeking higher office. While neither party is predicted to pick up all of the available seats, the 116th Congress will have over four dozen individuals who have never voted on federal cannabis policy. The 2018 midterm elections have the possibility to permanently change the federal government's stance on medical cannabis.

Cannabis policy will also have an important role on state level politics.

How Legalization For Recreational Use Can Result In Isolation:Cannabis is legal for adults 21+ in California. So why do almost 80% of cities and counties ban its sale? Why is there 25% less products available than before under medical?

The city of Denver (CO) has more cannabis licenses than the state of California.

We kinda have this same exact problem in New Mexico, and not just with medical cannabis or legalization but for many crucial state policy objectives, the problem of elected officials not listening to the Voters who Elected Them.

We The People need to Vote Out those who Do Not Listen To The Voters!

Legalization should be about Freedom and Good Health, not about how much we can tax a plant that has great Medical Value that equates to harm reduction.
Form follows Function and Policy makers in New Mexico and the US for that matter- they need to stop using the debate surrounding legalization of cannabis for recreational use to obscure the science and policy regarding the harm reduction achievements of decriminalizing cannabis and the medical use of cannabis. In today’s era of how legalization, cannabis taxation and financial profits of cannabis has spread, the distinction matters and this behoves policy makers to follow a process that achieves the greatest harm reduction.

In 2019 during the Legislative 60 day Session : Pass a bill to Fix & Expand the states Neglected Medical Cannabis Program, Pass Decriminalization for the State, Pass Medical Cannabis Research for UNM and get the Industrial Hemp program going with medical hemp research at NMSU for the states medical cannabis program.

Along with Allowing Safe Access to Medical Cannabis for Veterinary Medicine in New Mexico.
Then start talking about Cannabis Recreational Use Legalization.

Related Article: ‘Program Participants Should Be Able To Use Medical Cannabis At Schools’ 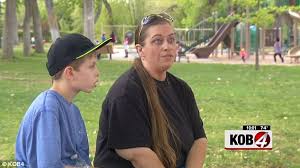 The State’s Medical Cannabis Program expansion is now “Medically Necessary”and the State needs to allow the Department of Health to open the application process, the State needs to increase the Licensed Non Profit Producer plant count, add more licensed non-profit producers, in conjunction with other measures to ensure safe access to medicine and to be compliant with the law. Currently there is ⅓ of a cannabis plant per one person in the medical cannabis program.

During 2017 the Medical Cannabis Advisory Board met twice, once in April and once more in November. There was not one state legislator in attendance for either one.

Here are all the recommendations that Doctors made in 2017 to the State:
doctors on the Department of Health Medical Cannabis Advisory Board, in 2017 at two Advisory Board Hearings, issued a number of recommendations for addressing the beneficial use of medical cannabis to the Secretary of Health, including:

B. Advisory Board Doctors recommended the following four (4) medical treatments be added into the medical cannabis program; Pediatric Oncology & Medical Cannabis Use for Antiemetic in State Hospitals, Change/increase possession limit to 16 oz for Patients, Removal of Potency Limit on THC Content for Concentrates, and Patient Run Collectives;

The State can allow the Department and Medical Cannabis Advisory Board to exercise that important responsibility they have to all New Mexicans, by opening up and accepting producer applications under newly created rules that would have 3 different licensing options.
The Medical Cannabis Program officials can create 3 different licensing options to include:
-A Licensed Producer to operate only as a grow facility for distribution to dispensaries.
-A Licensed Producer to operate only as a dispensary for distribution to patients.
-A LNPP to operate both as a grow facility and licensed for to operate dispensaries – with a limit of 3 store fronts per this type of license.

In addition to reducing current and new licensing fees.
Along with the approval of ALL the recommendations made by the Doctors on the Medical Cannabis Advisory Board in 2017, having the Department of Health to open the application process to add more licensed non-profit producers, and increasing the amount of medical cannabis plants a LNPPs and Patients can grow; could all be done to benefit all the residents in the State of New Mexico.
In conjunction with the Possibility of opening the program up to allow for more participants statewide; current LECUA law states the following:
“Section 3. DEFINITIONS.–As used in the Lynn and Erin Compassionate Use Act:
B. “debilitating medical condition” means: (1) cancer; (2) glaucoma; (3) multiple sclerosis; (4) damage to the nervous tissue of the spinal cord, with objective neurological indication of intractable spasticity; (5) epilepsy; (6) positive status for human immunodeficiency virus or acquired immune deficiency syndrome; (7) admitted into hospice care in accordance with rules promulgated by the department; or (8) any other medical condition, medical treatment or disease as approved by the department; ”
WhereAs (Section 8) [the Law could state the following] “ any other chronic or persistent medical symptom that either substantially limits a person’s ability to conduct one or more of major life activities as defined in the Americans with Disabilities Act of 1990, or if not alleviated, may cause serious harm to the person’s safety, physical, or mental health.”

And that would provide great harm reduction across the state along with improving the health of the State.

And finally, Reciprocity -Recognition of nonresident medical cannabis cards, this would allow for increased tourism in the state as people could come and enjoy events like Balloon Fiesta and know they can still safely access medical cannabis.

Today the New Mexico Medical Cannabis Program has over 65,000 registered participants (most all of whom are voters) with 35 licensed non-profit producers or LNPP’s now growing 14,550 medical cannabis plants, as the program hits the end of its 10th year. The Medical Cannabis Program (MCP) was created in 2007, as the Lynn and Erin Compassionate Use Act, under chapter 210 Senate Bill 523. New Mexico’s medical cannabis history started in 1978, after public hearings the legislature enacted H.B. 329, the nation’s first law recognizing the medical value of cannabis…the first law.