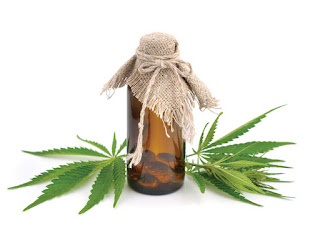 It feels like a huge success in a lot of ways But is it?

For the last two years we have seen paid lobbyists for GW Pharmaceuticals and its American subsidiary Greenwich BioSciences in more than 25 different states pushing to make sure the pharmaceutical industry has the only legal supply of CBD. The drug will treat two rare forms of epilepsy.

Epidiolex had previously received Fast Track Designation and Orphan Drug Status from the FDA. It is the fourth cannabis-based medicine to receive US FDA approval — joining dronabinol (aka Marinol), nabilone (aka Cesamet), and liquid synthetic THC (aka Syndros). However, Epidiolex is the first FDA-approved medicine containing plant-derived, non-synthetic cannabinoids.

This FDA Approval makes it way to easy for German Bayer AG (George Soros), which has a signed agreement with GW Pharmaceuticals for joint research on a cannabis-based extracts. And Bayer AG agreed to an exchange of technology with … Monsanto, both agreeing to exchange the results of their research. Thus Monsanto has discreet access to the work of the cannabis plant and its genetic modification... 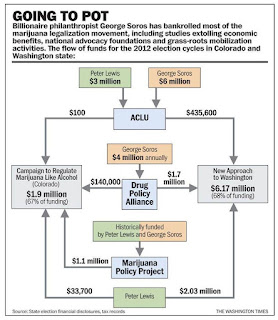 This Approval by the FDA is a gateway for big pharma drug companies into State Medical Cannabis Programs that are using whole plant cannabis, as nature intended.

If lobbyist got your state legislature to pass legislation for GW pharmaceuticals for a subsequent move of CBD from Schedule I to Schedule IV, the key terminology to look for is IF the legislation is limited to "FDA-approved drugs" or if it is not limited to"FDA-approved drugs". This is being done in an attempt to change the state’s definition of ‘marijuana’ or cannabis.

The U.S. Food and Drug Administration (FDA) is aware that use of medical cannabis and cannabis-derived products are being used for a number of medical conditions, such as rare forms of pediatric epilepsy, AIDS, wasting syndrome, neuropathic pain, treatment of spasticity associated with multiple sclerosis, and cancer and chemotherapy-induced nausea - and many many more.

Despite this fact, the FDA has not yet approved a marketing application for a drug product containing or derived from the whole cannabis plant.

Following an exposé published by Leafly about these lobbyist working state legislatures, GW did issue a written response that read in part:

“None of GW's work involves opposing "medical marijuana" or "CBD access." GW's sole focus is on creating a pathway for our medicine, once approved by FDA…Greenwich Biosciences/GW is not creating a monopoly. Rather, we are blazing a trail for any other CBD prescription medications that may follow since these regulations would not be specific to GW.”

But carefully parsed, the GW statement only denies seeking a monopoly against other "prescription medications" (i.e. FDA-approved drugs like Epidiolex). Meaning for example, under the amendment done in South Dakota, it would still ban myriad CBD products already available in many other states like New Mexico’s Medical Cannabis Program. Even though they all cost far less than Epidiolex, and are potentially far more effective for patients, since in addition to CBD those "full spectrum" cannabis extracts also contain small amounts of THC and other medicinal components of the plant.

"While science has not yet shown the exact role or mechanism for all these various compounds," Dr. Gupta has written, "evidence is mounting that these compounds work better together than in isolation." That Entourage Effect with Whole Plant Cannabis is ever so important for its medical uses.

Let’s talk side-effects reported in the Epidiolex study
Epidiolex side effects:
Interestingly, while medical cannabis is typically well-tolerated, with few side effects, a whopping 93 percent of children in the CBD group — as well as 75 percent of those in the placebo group — suffered adverse events in this trial. In clinical trials for, children with Dravet syndrome who took Epidiolex experienced 39 percent fewer seizures; those with Lennox-Gastaut syndrome saw a 37 percent decrease.

Of course, these conventional investigators were clueless about the benefit of a ketogenic diet for the treatment of seizures, so that was something that was not evaluated in the study. This is unfortunate, as it would have radically decreased side effects and may even have been more effective than the CBD. According to the authors:

Overall, elevated aminotransferase levels occurred in 12 patients in the cannabidiol group and one in the placebo group. All these patients were taking a form of valproate [editor’s note: a type of medication used to treat epilepsy] … There were … no instances of suicidal ideation … There were no deaths.”

As mentioned earlier, full spectrum cannabis extracts will not be pure CBD, as they’re derived from the whole plant. And, as noted by CNN medical correspondent Dr. Sanjay Gupta, “ … [E]vidence is mounting that these compounds work better together than in isolation." The sum is greater than the individual parts...

It’s possible that “pharmaceutical strength” CBD might be too pure, hence the high rate of side effects. Regardless, there’s a significant difference in cost between a CBD drug and natural CBD oil, which in and of itself is of great concern for many patients and their families who now worry Big Pharma is trying to take over the cannabis industry.
Source: The randomized, double-blind, placebo-controlled study published in The New England Journal of Medicine in May 2017.


Let’s talk side effects for medical cannabis reported in an Israeli study:
Medical Cannabis side effects and percent of users who experienced the side effect:

Fiscal Impact of Epidiolex
Currently a parent who is a caregiver for their child in a state medical cannabis program who uses a product like Full Spectrum or Whole Plant Cannabis Oil will spend $1800 per year according to the Flowering Hope Foundation.

The Denver Post post reports the Epidiolex will cost $2,500-$5,000 per month, yes that is correct per month…

What did Wall Street say about all this, GW stock didn't go up. Instead, it dropped more than 4%.

GW Pharmaceuticals now faces the hard part -- achieving commercial success for Epidiolex. Actually, there's a hurdle before commercialization that GW must clear first: Epidiolex must be scheduled by the U.S. Drug Enforcement Administration (DEA), a process that can take up to 90 days.

GW Pharmaceuticals will probably begin marketing Epidiolex in the U.S. in early fall of 2018. There are three keys to achieving commercial success. First, payers must cover Epidiolex. Second, physicians must prescribe the drug. Third, patients must want to take Epidiolex rather than use plant based medical cannabis products instead.

“This approval serves as a reminder that advancing sound development programs that properly evaluate active ingredients contained in marijuana can lead to important medical therapies. And, the FDA is committed to this kind of careful scientific research and drug development. Controlled clinical trials testing the safety and efficacy of a drug, along with careful review through the FDA’s drug approval process, is the most appropriate way to bring marijuana-derived treatments to patients. Because of the adequate and well-controlled clinical studies that supported this approval, prescribers can have confidence in the drug’s uniform strength and consistent delivery that support appropriate dosing needed for treating patients with these complex and serious epilepsy syndromes. We’ll continue to support rigorous scientific research on the potential medical uses of marijuana-derived products and work with product developers who are interested in bringing patients safe and effective, high quality products.”

CBD producers should note that FDA Commissioner Gottlieb makes clear that this does not mean that CBD is now legal:

“But, at the same time, we are prepared to take action when we see the illegal marketing of CBD-containing products with serious, unproven medical claims. Marketing unapproved products, with uncertain dosages and formulations can keep patients from accessing appropriate, recognized therapies to treat serious and even fatal diseases.”

From Realm of Caring:
“I don’t know a mom or dad in their right mind who is going to change what’s already working,” said Heather Jackson, CEO of Realm of Caring, a charitable group affiliated with Colorado-based CW Hemp, one of nation’s largest CBD companies. “I really don’t think it’s going to affect us much.”
Jackson’s group estimates the typical family using CBD to treat childhood epilepsy spends about $1,800 per year on the substance.


Pass the CARERS Act!
Compassionate Access, Research Expansion, and Respect States Act of 2017 or the CARERS Act of 2017 (Senate Bill 1764 and House Bill 2920)
This bill amends the Controlled Substances Act to provide that the Act's regulatory controls and administrative, civil, and criminal penalties do not apply to a person who produces, possesses, distributes, dispenses, administers, tests, recommends, or delivers medical cannabis in compliance with state law.