'Appraising the "entourage effect": Antitumor action of a pure cannabinoid versus a botanical drug preparation in preclinical models of breast cancer.'

Breast cancer is the second leading cause of death among women. 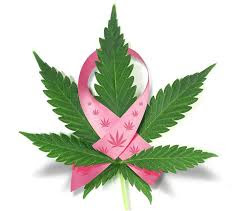 Abstract
"Although early diagnosis and development of new treatments have improved their prognosis, many patients present innate or acquired resistance to current therapies. New therapeutic approaches are therefore warranted for the management of this disease. Extensive preclinical research has demonstrated that cannabinoids, the active ingredients of Cannabis sativa, trigger antitumor responses in different models of cancer.

Most of these studies have been conducted with pure compounds, mainly Δ9-tetrahydrocannabinol (THC). The cannabis plant, however, produces hundreds of other compounds with their own therapeutic potential and the capability to induce synergic responses when combined, the so-called "entourage effect".

Here, we compared the antitumor efficacy of pure THC with that of a botanical drug preparation (BDP). The BDP was more potent than pure THC in producing antitumor responses in cell culture and animal models of ER+/PR+, HER2+ and triple-negative breast cancer. This increased potency was not due to the presence of the 5 most abundant terpenes in the preparation. While pure THC acted by activating cannabinoid CB2 receptors and generating reactive oxygen species, the BDP modulated different targets and mechanisms of action.

The combination of cannabinoids with estrogen receptor- or HER2-targeted therapies (tamoxifen and lapatinib, respectively) or with cisplatin, produced additive antiproliferative responses in cell cultures. Combinations of these treatments in vivo showed no interactions, either positive or negative.

Together, our results suggest that standardized cannabis drug preparations, rather than pure cannabinoids, could be considered as part of the therapeutic armamentarium to manage breast cancer."  (End of Abstract)

Just a year a go in 2017, The Board of Zelda Therapeutics Ltd, announced positive results from its ongoing pre-clinical research into the use of cannabinoids as anti-cancer agents. Those latest results expand and build upon the initial proof of concept results announced in November 2016.

These latest experiments expanded the number of cancer cell lines being tested to
include:
o Hormone Receptor Positive (ER+/PR+) – typically treated with
surgery and chemotherapy agents such as tamoxifen although resistance can build to standard drugs
o HER2+ – typically treated with antibody drugs such as Herceptin with relatively high success rates
o Triple Negative – aggressive form of breast cancer with limited treatment options

These latest experiments tested THC-rich and CBD-rich extracts supplied by Zelda’s partner Aunt Zelda’s against a number of cell lines and demonstrated that a statistically significant anti-cancer effect was produced across multiple cell lines and across all three cancer sub-types as described above.

In particular, the Zelda THC-rich formulation showed significantly greater anti-cancer effect than pure synthetic THC suggesting that full extracts have greater efficacy than pure compounds. This effect was consistent across all cancer sub-types suggesting a novel mechanism of action that could form the basis for the development for future therapies.

The in vitro study was carried out in at least two different cell lines of each of the three cancer sub-types described above and measured cancer cell viability compared to controls.

The positive results provide support to continue the study of Zelda formulations as anti-cancer therapeutics in their own right or in combination with current chemotherapy and radiotherapy regimes. A series of follow-on in vitro studies are in progress expanding the study of CBD-rich extracts alone and in combination with THC-rich extracts to determine if there is a synergistic effect. 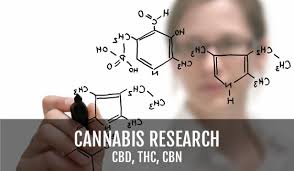 In addition, an expanded in vivo/animal study is underway examining the anti-cancer effect of Zelda’s extracts compared to pure THC and pure CBD as well as certain chemotherapy agents against HER2+ and Triple Negative human tumours hosted in rodents (orthotopic tumours).

Triple Negative breast cancers, constitute approximately 15% of breast cancers and are the most aggressive type. These cancer growths do not have any of the receptors commonly found in breast cancer cells, and as such common treatments like hormone therapy and drugs that target the necessary receptors, are ineffective. With chemotherapy, radiation and surgery being the only options, there is significant market demand for new treatments to increase survival rates.

Professors Sánchez and Guzmán are acknowledged as world leaders in studying the anti-cancer effects of cannabinoids and have published pioneering papers in prestigious scientific journals detailing specific mechanisms of action of cannabinoids on certain cell pathways. Both researchers sit on the Zelda Medical Advisory Board and provide significant guidance in terms of pre-clinical research focus.

The study forms part of a multi-year work program, funded by Zelda, at the Complutense University focused specifically on gaining a better understanding of the efficacy of certain whole-plant extracts known to have biological activity in humans.

Treatment of breast cancer depends on the type and stage at diagnosis, but common treatment options include surgery, chemotherapy, radiation therapy, and hormone therapy. The most common type of treatment for early stage female breast cancer in 2013 was a combination of breast-conserving surgery and radiation therapy. Survival rates for breast cancer are some of the highest among the different cancer types, with 91 percent of patients surviving five years after diagnosis. An important measure for early detection and treatment are breast cancer screenings. The United States Preventative Services Task Force (USPSTF) recommends that women aged 50 to 74 years receive a mammogram every two years. However, in 2015, only 64.3 percent of women aged 50 to 74 years with public health insurance reported receiving a mammogram within the past two years, compared to 76.7 percent of those with private insurance.