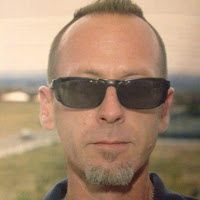 Regarding "Research weakens medical pot claims" (Our Views, June 17): There are more studies published (over 25,000) about the safe medical uses of cannabis than there are research studies for Tylenol.

Another concern in the editorial is this statement: “Neither has marijuana been proven to help people abstain from other addictive substances.” In the next decade, opioid abuse may kill nearly half a million people — but an obvious solution remains conspicuous by its absence. Americans make up only about 5 percent of the world's population, but use more than 80 percent of the world's supply of opioids — a class of powerful pain-killing drugs that accounts for nearly 115 overdose deaths per day, outstripping all other accidental causes of death and robbing many of our nation's military veterans of their life.

And there are already a few clinics in the U.S. treating addiction very successfully with medical cannabis, like High Sobriety in Los Angeles.

From Time magazine, 1931: “… in spite of the legends, no case of physical, mental or moral degeneration has ever been traced exclusively to marijuana. … Because of its non-habit-forming character, doctors have recently been experimenting with the drug as an aid in curing opium addiction.” And then the corruption and lies from the federal government started enabling the pharmaceutical industry we have today.

The patient cultivation rights in State Question 788 are crucial for the treatment with medical cannabis. This enables the program participants to have more affordable medicine, and the ability to choose and customize medical cannabis strains specific to their condition being treated. They can grow all organically, and for those who live in rural areas it enable safe access.

Research has shown that smoking cannabis does not increase your risk of lung or other cancers, but it may produce unpleasant bronchial effects such as coughing. Because the effects are noticed or felt quickly, smoking the dried flower is a good way to get immediate relief and find the best dose for you. One of the great aspects of cannabis is that there are many ways to use the medicine effectively and completely safely.