Cannabis For Kids: The Children Behind The Debate (Full Documentary)

More parents are turning to medical cannabis oil and cannabidiol (CBD) oil, a cannabis extract with little or none of the psychoactive compound THC, to treat their children who have cancer and epilepsy. The oil is currently legal in dozens of states, but its supply is limited. And the science lags the law—dosing standards haven't been set, and the effects of long-term use are unclear. Follow Penn and Nicole Mattison and their daughter Millie, Tracy and Josh Ryan and their daughter Sophie, and Sarah and David Rowland and their daughter Lily as they navigate the challenges of using CBD oil.


What Is CBD or Cannabidiol?
Cannabidiol or CBD is one such cannabinoid that is currently receiving a lot of attention for its role in the successful treatment of pediatric epilepsy. CBD is not psychoactive, meaning it doesn’t induce the “high” effect that people often attribute with cannabis or its slang moniker marijuana. CBD is often described as having a soothing effect, making it a complimentary treatment for symptoms related to anxiety. Concentrated honey gold CBD oil can also be quite effective in relieving pain.


What Is THC or Tetrahydrocannabinol?
THC is a psychoactive cannabinoid found in cannabis that elicits feelings of euphoria and an overall sense of relaxation. Increased laughter, fatigue, or hunger are examples of side effects that may be experienced by adults when consuming THC or products containing THC. Research indicates that THC oil or medicine in conjunction with other cannabinoids and plant terpenes may be useful in treating health conditions like; PTSD (related to trauma), nausea, inflammation, cancer, sleep apnea, and loss of appetite.
*It has been know for over 20 years that THC is safe to use in pediatric medicine.
See Related Article: 'A Look Back And Ahead: Cannabinoid Antiemetic In Pediatric Oncology'


What Is THCa?
THCa or Tetrahydrocannabinolic acid is the raw form of THC found in the live cannabis plant prior to curing or drying. Once heated, THCa is converted to THC through a process called decarboxylation. THCa can be derived as a healthy dietary supplement by juicing the cannabis plant or from low-temperature extraction processes.

Cannabis vs Industrial Hemp?
Compared to whole plant cannabis, industrial hemp is low in cannabinoid content. A huge amount of industrial hemp is required to extract a small amount of CBD, raising the risk of contaminants because hemp, a bioaccumulator, draws toxins and heavy metals from soil. The robust terpene profile of whole plant cannabis also enhances the therapeutic benefits of CBD, THC and THCa. NOTE: New genetics of hemp are available that offer a safe solution for topical products or for dietary supplement by users with healthy immune systems. Source: Project CBD


Cannabis For Kids: The Children Behind The Debate (FULL DOCUMENTARY)
by National Geographic

Penn and Nicole Mattison's daughter, Millie, has infantile spasms with hypsarrhythmia, a form of epilepsy. By the time she was four months old she was having upwards of 700 seizures a day. The Mattisons tried numerous medications and diet plans, but Millie didn't improve. After her doctors said they'd tried everything they could, the Mattisons looked to Colorado for an alternative treatment. Penn and Nicole Mattison'

"We have to be the guinea pigs." Sophie's Story (Cannabis for Kids, Part 2) | National Geographic

Tracy and Josh Ryan's daughter, Sophie, was a typical eight-month-old girl until the day her eye began twitching. An MRI showed that she had an optic pathway glioma brain tumor. Given how young she was, the only option was to begin chemotherapy, though the Ryans were told that the tumor would probably shrink only slightly. Convinced that the chemotherapy wasn't doing enough, they began to research other options.

Sarah and David Rowland's daughter Lily began having seizures when she was just six months old. Diagnosed with a severe case of epilepsy, she continued to have 200 to 300 seizures a day despite heavy medication. When the Ryans were told that the only other option was brain surgery, they began investigating alternative treatments in Colorado. 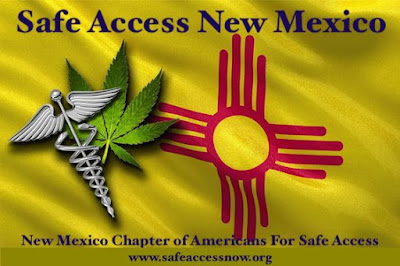