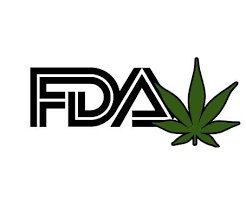 The U.S. Food and Drug Administration may start cracking down on claims that medical cannabis has health benefits that haven't been proven, the agency's commissioner said Tuesday that was first reported by Bloomberg News. "I see people who are developing products who are making claims that medical cannabis has antitumor effects in the setting of cancer," FDA Commissioner Scott Gottlieb said at a hearing before Congress on a separate matter. "It's a much broader question about where our responsibility is to step into this."


It's time to start looking at rules around the plant, which some states have legalized for medicinal or recreational use, the commissioner said."We'll have some answers to this question very soon because I think we do bear some responsibility to start to address these questions," Gottlieb said. 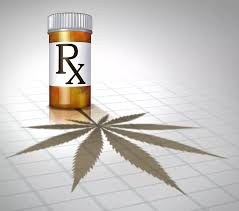 
A former FDA staffer who left the agency to work in the business world, Gottlieb also faced questions on his ties to health-care companies. Financial disclosure forms show he earned millions of dollars from various investment banks and pharmaceutical firms last year and in the first part of this year, including $1.85 million for his work as a managing director at T.R. Winston & Co., an investment bank that raised money for a number of public companies.


Gottlieb has said that at the FDA, and that he would be guided by science. After being confirmed, he resigned from T.R. Winston, and divested interests in more than a dozen companies and temporarily recuse himself from making decisions on at least 20 more where he has financial interests or was paid consulting fees, including big pharma companies like; GlaxoSmithKline and Bristol-Myers Squibb.


Gottlieb has previously spoken about lowering drug prices, a Trump priority, by speeding approval of generic drugs. He’s particularly focused on complex medications that combine old drugs with newer delivery devices, as well as those with unusually complicated formulations.


Gottlieb, served as a deputy FDA commissioner from 2005 to 2007. He hasn’t faced the same criticism from Democrats that other Trump administration choices have, such as Health and Human Services Secretary Tom Price and Supreme Court justice nominee Neil Gorsuch.


In addition to his consulting and investment work since leaving the agency, Gottlieb has also been a fellow at the American Enterprise Institute, a conservative-leaning Washington think tank. He was trained as a physician and completed his residency in internal medicine at Mount Sinai Medical Center in New York after graduating from the Mount Sinai School of Medicine in 1999. He earned a degree in economics from Wesleyan University in 1994.

What is the FDA’s Role in the Drug Approval Process?The FDA has not approved medical cannabis as a safe and effective drug for any indication. The agency has, however, approved two drugs containing a synthetic version of a substance that is present in the medical cannabis plant and one other drug containing a synthetic substance that acts similarly to compounds from medical cannabis but is not present in medical cannabis. Although the FDA has not approved any drug product containing or derived from botanical medical cannabis, the FDA is aware that there is considerable interest in its use to attempt to treat a number of medical conditions, including, for example, glaucoma, AIDS wasting syndrome, neuropathic pain, cancer, multiple sclerosis, chemotherapy-induced nausea, and certain seizure disorders.Before conducting testing in humans of a drug that has not been approved by the FDA, an investigator submits an investigational new drug (IND) application, which is reviewed by the FDA. An IND includes protocols describing proposed studies, the qualifications of the investigators who will conduct the clinical studies, and assurances of informed consent and protection of the rights, safety, and welfare of the human subjects. The FDA reviews the IND to ensure that the proposed studies, generally referred to as clinical trials, do not place human subjects at unreasonable risk of harm. The FDA also verifies that there are adequate assurances of informed consent and human subject protection.The FDA’s role in the regulation of drugs, including medical cannabis and medical cannabis-derived products, also includes review of applications to market drugs to determine whether proposed drug products are safe and effective for their intended indications. The FDA’s drug approval process requires that clinical trials be designed and conducted in a way that provide the agency with the necessary scientific data upon which the FDA can make its approval decisions. Without this review, the FDA cannot determine whether a drug product is safe and effective. It also cannot ensure that a drug product meets appropriate quality standards. For certain drugs that have not been approved by the FDA, such as medical cannabis, the lack of FDA approval and oversight means that the purity and potency of the drug may vary considerably.As with other drugs that are not approved by the FDA, the agency works closely with the medical and patient communities, and our federal partners when necessary, to allow access to experimental treatments through the expanded access provisions described in the FDA’s statute and regulations. The FDA’s expanded access provisions are designed to facilitate the availability of investigational products to patients with serious diseases or conditions when there is no comparable or satisfactory alternative therapy available, either because the patients have exhausted treatment with or are intolerant of approved therapies, or when the patients are not eligible for an ongoing clinical trial.FDA Says It Supports Sound Scientific ResearchThe FDA also has an important role to play in supporting scientific research into the medical uses of medical cannabis and its constituents in scientifically valid investigations as part of the agency’s drug review and approval process. As a part of this role, the FDA supports those in the medical research community who intend to study medical cannabis.The FDA also supports research into the medical use of medical cannabis and its constituents through cooperation with other federal agencies involved in medical cannabis research. Conducting clinical research using medical cannabis involves interactions with other federal agencies:The FDA reviews the IND application and the research protocol submitted by the applicant.The Drug Enforcement Administration (DEA) reviews the registration application filed by the researcher.
The National Institute on Drug Abuse (NIDA) within the National Institutes of Health provides research-grade medical cannabis for scientific study. The agency is responsible for overseeing the cultivation of medical cannabis for medical research and has contracted with the University of Mississippi to grow medical cannabis for research at a secure facility. Medical cannabis of varying potencies and compositions is available. DEA also may allow additional growers to register with the DEA to produce and distribute medical cannabis for research purposes.


FDA on State Legislation & Medical Cannabis
Several states have either passed laws that remove state restrictions on the medical use of medical cannabis and its derivatives or are considering doing so. The FDA supports researchers who conduct adequate and well-controlled clinical trials which may lead to the development of safe and effective medical cannabis products to treat medical conditions. We have talked to several states, including Florida, Georgia, Louisiana, New York and Pennsylvania, who are considering support for medical research of medical cannabis and its derivatives to ensure that their plans meet federal requirements and scientific standards.