Cannabis and the Opioid Epidemic 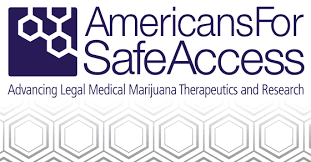 Opioids claim the lives of 91 individuals every day. With nearly 60,000 overdose deaths in 2016, 60% of which were related to prescription opioids, it is clear that there is a major public health crisis in our country. That is why Americans For Safe Access is launching their End Pain Not Lives campaign.
On August 10th, 2017, referring to the opioid crisis, President Trump said: "I'm saying officially right now, it is an emergency. It is a National emergency." However, he has not formalized his declaration. In order to ensure that all possible tools are being utilized as part of the path forward to ending the crisis, we need President Trump to formally declare the opioid epidemic a national health emergency. Declaration of a national emergency frees up resources that public health officials and states can then use to help treat pain safely and ultimately end the epidemic.


The Americans for Safe Access briefing book, “Medical Cannabis in America”, showing that not only do opiate related deaths drop an average of 24.8% in states with medical cannabis laws, the report also notes that the Department of Justice has spent an estimated $592 million to date in arrests, investigations, enforcement raids, pretrial services, incarceration, and probation. 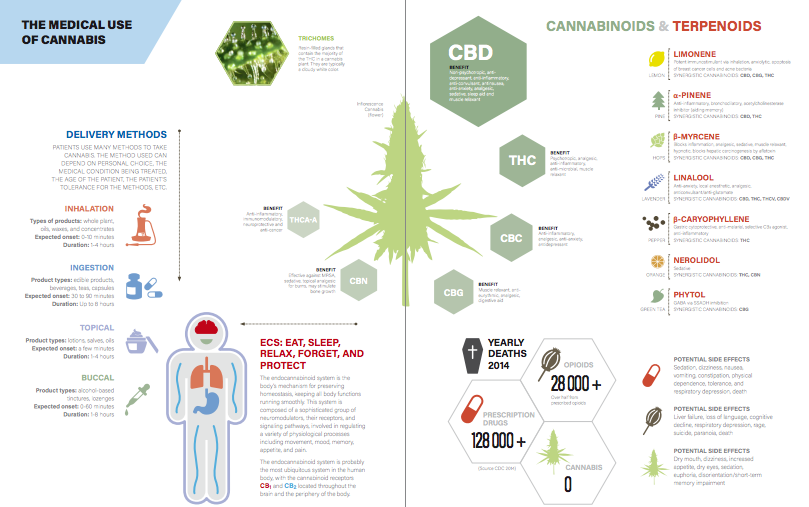 ‘Medical Cannabis in America: The Medical Cannabis Briefing Book’ is a guidebook for Congress and the Administration that includes information on modern scientific evidence about medical cannabis, what the federal and state conflict means for patients who rely on this medicine, and what Congress can do to end this conflict.The report shows that:*Opiate related deaths dropped an average of 24.8% in states with medical cannabis laws.*89% of Americans support medical cannabis.*The Department of Justice (DOJ) has spent an estimated $592 million to date in arrests, investigations, enforcement raids, pretrial services, incarceration, and probation.*The total amount spent on federal interference under the Bush Administration two terms was estimated to be in excess of $232 million — The Obama Administration two terms has spent $350 million. *In 2012 the DEA used 5% of their budget on medical cannabis cases. *There are 44 states with medical cannabis laws.
There are 128,000 opiate related deaths annually as opposed to 0 deaths caused by cannabis.  The ASA recommendations include reflecting the most current science across DEA platforms and overhauling regulations that prevent medical marijuana research. In order to protect medical cannabis patients in the U.S. we must help manufacturers, growers, and distributors to operate without fear of federal interference.


The bipartisan CARERS Act reduces the role of the federal government in formulating drug policy and allows states to make determinations on their own drug policies. Giving the power to decide drug policy to the states reinforces the principles of federalism on which our country was founded. CARERS stands for Compassionate Access, Research Expansion, and Respect States. 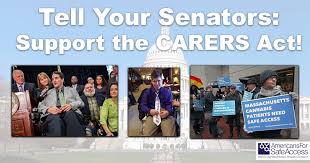 The CARERS Act 2017:1)Prohibits the federal government from interfering in state medical cannabis programs2)Enables Veterans Administration doctors to recommend medical cannabis in states with medical   cannabis  programs3)Removes some of the barriers to researching medical cannabis, including the NIDA monopoly4)Removes cannabidiol (CBD) from the list of controlled substances


1. Real cannabis reform is possible on the federal level, and you can make it happen. Right this very moment, the bipartisan CARERS Act 2017 is being introduced in the U.S. Senate at an event in Washington, D.C., with patient advocates like you. 2. The CARERS Act reduces the role of the federal government in formulating drug policy and allows states to make determinations on their own drug policies. Giving the power to decide drug policy to the states reinforces the principles of federalism on which our country was founded.  3. Patients need the Senate to pass CARERS so that they have access to the medicine they need. Please take action today, and urge your Senators to cosponsor this legislation.
First, CARERS would change the Controlled Substances Act to allow states to make their own medical cannabis laws. Currently 30 States already do this, but the modification to the CSA would stop the federal government from prosecuting anybody in states where medical cannabis is legal. Right now there are no concrete protections, especially with AG Jeffery Sessions recent comments, aside from the temporary Rohrabacher-Blumenauer budget amendment, and states operate under vague threats and hints from federal officials in Trump’s Administration.
The CARERS Act would also cure one of the state-caused bottlenecks in medical supply chains. The U.S. Drug Enforcement Administration groups cannabidiol (CBD) with the other Schedule I cannabinoids found in the cannabis plant. Many states specifically allow medical CBD, which can treat nervous diseases including epilepsy, but don’t allow for its production. The resulting nationwide confusion has led to raids and seizures, even in states where the far more psychoactive cannabinoid THC is legal. The CARERS Act would strip CBD out of the Controlled Substances Act so states could import it. 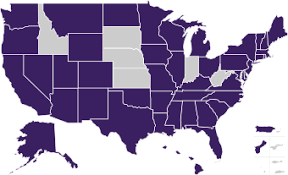 Here are a few things you can do, right now, to help End Pain and Not Lives. 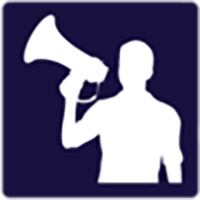