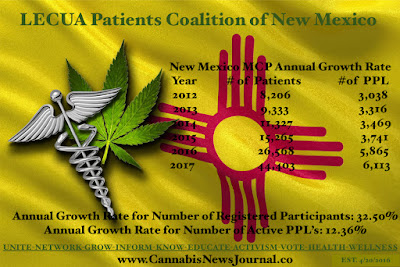 New Mexico - 1978 - From The Albuquerque Journal: "Senate Approves Therapeutic Use Of Marijuana From the Journal's Santa Fe Bureau SANTA FE - The Senate passed without debate or amendment Wednesday night a bill setting up a controlled program for glaucoma and cancer chemotherapy patients to use marijuana for their illnesses. The measure, HB-329, passed 31-1 and now goes to the governor for his signature. The bill provides for a program in the new Health and Environment Dept. with a governing board to control the therapeutic use of the drug. It also changes the classification of the drug in the state so that it can be used for medical purposes. Introduction and passage of the bill were spurred by testimony of Lynn Pierson of Albuquerque. Pierson had told legislative committees that his smoking marijuana helps to curb the nausea and vomiting that accompany the painful aftereffects of chemotherapy. Last year, a glaucoma patient had testified in Santa Fe that marijuana smoking helps ease the pain of glaucoma, a disease of the eye. The measure was cosponsored by Rep. David Salman, D-Mora/Harding/San Miguel and Rep. Dan Berry, D-Lea. The bill was introduced after legislators found out that a memorial asking the cancer research center of the University of New Mexico to do work with marijuana would take several years."
Today the New Mexico medical cannabis program has over 45,000 registered participants with 35 Licensed (Non-Profit) Producers growing 14,550 medical cannabis plants, as the program hit the midpoint of its 10th year. The Medical Cannabis Program (MCP) was created in 2007,  as the Lynn and Erin Compassionate Use Act, under chapter 210 Senate Bill 523. The purpose of this Act is to allow the beneficial use of medical cannabis in a regulated system for alleviating symptoms caused by debilitating medical conditions and their medical treatments.
The State’s Medical Cannabis Program expansion is now “Medically Necessary”; the State needs to allow the Department of Health to open the application process to add more licensed non-profit producers.
There has been way to much emphasis on these numbers, $$$ and not the 45,000 and growing registered patients in the States Medical Cannabis Program.
The current plant count set at 450 plants allowed by each medical cannabis producers clearly cannot meet the demands of over 45,000 patients in the program. Complicating the matter further is, not all the medical cannabis producers in the program are growing the allotted 450 plants. If all LNPP’s were growing the 450 plants then there would be 15,750 plants available. New Mexico’s medical cannabis program saw a 75% increase in participants over the last year. The 2016/17 licensure list for the medical cannabis program shows a total of 13,800 medical cannabis plants licensed by the 35 producers for All registered program participants in the program. Currently the Department of Health and LNPP’s are in process of doing the 2017/2018 licensure list. A revision to allow for 450 THC plants and 450 CBD Strains with a 1:1 - CBD:THC ratio (allowing CBD ratio to go above one but keeping THC at 1 or less in the ratio of potency) 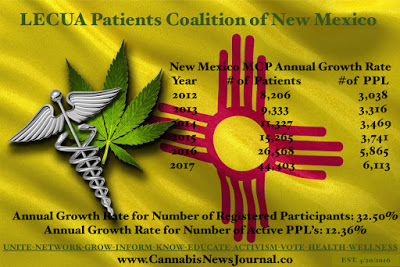 Removing CBD strains from cannabis plants counts in New Mexico and other state programs for patients, caregivers and medical cannabis producers allowable plant count just makes sense. A patent was already awarded to part of the federal government, the U.S. Health and Human Services in 2003 (US6630507) that covers the use of CBD as a treatment for various neurodegenerative and inflammatory disorders.
"Pure mathematics is, in its way, the poetry of logical ideas- Albert Einstein" 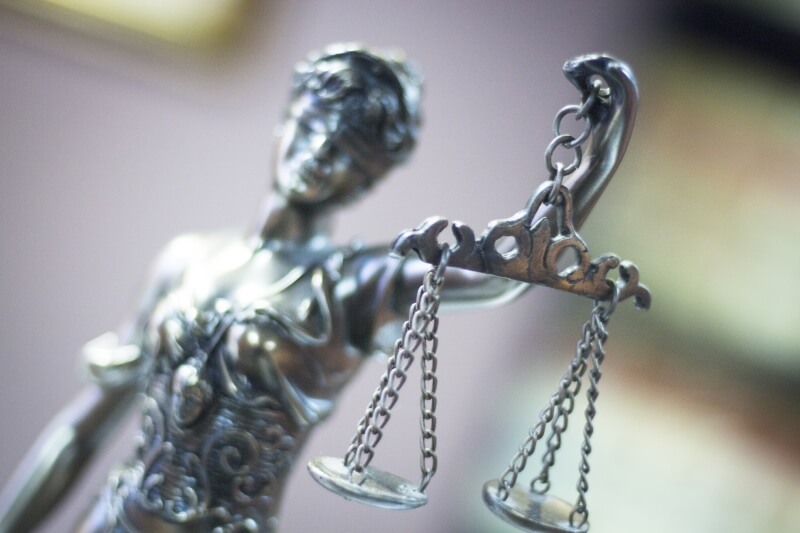 The Governor’s Office has highlighted the importance of such priorities like; Ensuring Transparency and Ethics in Government, and Keeping all New Mexicans Safe. In the Roundhouse, one of the state legislators’ primary functions is to represent the people who elect them, but it is by no means their only function. They help to solve the numerous problems of their constituents, they serve on interim committees and they continually study new ideas for legislation. The Department of Health’s mission is to promote health and wellness, improve health outcomes, and assure safety net services for all people in New Mexico.
The current law for the Medical Cannabis Program, passed in 2007, states the following, (Page 1/Section 2) “PURPOSE OF ACT.--The purpose of the Lynn and Erin Compassionate Use Act is to allow the beneficial use of medical cannabis in a regulated system for alleviating symptoms caused by debilitating medical conditions and their medical treatments.”


The approval of ALL the recommendations made by the doctors on the Medical Cannabis Advisory Board, having the Department of Health to open the application process to add more licensed non-profit producers, and increasing the amount of medical cannabis plants a LNPPs can grow; would all need to be done to bring the State of New Mexico in compliance with the intent of the LECUA law and uphold the spirit of the Lynn and Erin Compassionate Use Act, 2007.  We already saw these same recommendations supported by lawmakers in the state’s legislature.  New Mexico’s medical cannabis history started in 1978.  After public hearings the legislature enacted H.B. 329, the nation’s first law recognizing the medical value of cannabis...the first law.