Is Medical Cannabis Allowed on Campus? 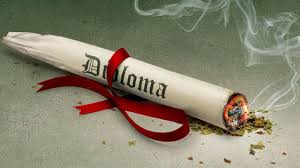 The decision by voters in California, Maine, Massachusetts and Nevada to legalize cannabis for adults over 21 years old has cultivated a campus cannabis conundrum at higher learning institutions across the US. Overshadowing the legalization in these states and the new medical cannabis laws (passed in Arkansas, Florida, Montana and North Dakota) has been whether Sessions and the president’s Russian fiasco will trump any of these new gains in cannabis policy from the last year. If you go to a college in one of the 28 states or D.C. that has legalized cannabis for adult use or use doctor recommended medical cannabis, there are limitations all students and those visiting a college campus should know about.


The college campus setting and campus sanctioned areas present the college student a conflict in a citizen’s right to consume cannabis under a state laws that are being neutralized by campus rules.  In order to maintain funding, college administrators must enforce a campus-cannaban which includes dorm rooms and off-site fraternities, sororities and other school-sponsored activities. Unfortunately, though legal at a state level, cannabis is still illegal on college campuses because of the federal funding they receive. Federally-funded institutions of higher education must comply with regulations such as the Drug Free Schools, Communities Act and the Drug Free Workplace Act. 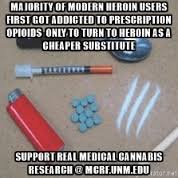 Then consider the fact that cannabis use among college students is more prevalent than cigarette use for the first time ever and other dangerous drugs are down on college campuses as well. Use of hallucinogenic drugs or “club drugs” like Rohypnol (Flunitrazepam), Ketamine, GHB, or inhalants and alcohol consumption is also slightly down among college students. Cannabis may be replacing many other popular drugs on college campuses, and it’s easy to understand why. Cannabis has been shown to improve creativity, reduce stress, promote sleep and facilitate bonding between romantic partners or peers. Best of all, it is a safer option than alcohol which currently accounts for 1825 deaths, more than 97,000 acts of sexual assault and almost 600,000 injuries among college students annually.


Smith College has taken a proactive approach by reaching out to medical cannabis patients through the colleges Disability Services Program; “Medical Marijuana PolicyMarijuana is not permitted on campus because it remains a drug prohibited by federal law. Students with prescriptions for medical marijuana should contact the Office of Disability Services to register and develop a reasonable accommodation plan involving responsible off-campus use.” 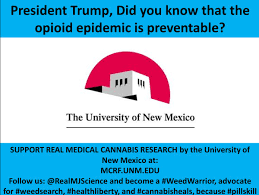 Medical cannabis advocates and patients call the campus bans unfair to students and faculty who use the drug to treat illnesses. Advocates say they do not believe the government would cut off funding to colleges that allow the use of medical cannabis. For others on campus as a student patient, they can have really dangerous and addictive drugs like Percocet, Vicodin and Morphine, so then there's no real moral or pharmacological reason why they shouldn’t have a mildly psychotropic vegetable matter. Many colleges and universities also benefit from alcohol sales at campus sporting events with some even owning campus themed bars.
A more individuals are seeking out ways to learn about and get involved in the cannabis community. With more states pursuing cannabis reform in the next year, there are ample opportunities for those on a college campus to get involved on both a community and national level to advocate for policy changes at the campus level. This is where you come in ... get involved now!

A college chapter for an advocacy group would focus on getting young people involved in legalization and lessening penalties for cannabis use on their campuses. College chapters are unique because they have the potential to affect countries and communities all around the world, since college students are only temporarily living in the same geographical location. Members from a single college could have students from anywhere in the United States and possibly even all over the globe. 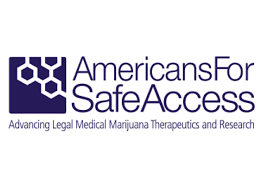 Americans for Safe Access (ASA)
As far as grassroots patient advocacy goes, no group does more for the medical cannabis movement than ASA. Now that adult use cannabis legalization is becoming more popular, care must be taken to ensure that medical cannabis patients still receive an appropriate quality of care and protections under the law. Local ASA chapters engage and empower patient communities to advocate for dispensary access and other beneficial neighborhood policies.Every year, ASA holds a Citizen Lobby Day at the state capitols of California and Washington, as well as a national Congressional lobby at the National Medical Cannabis Unity Conference in Washington, D.C., for patients to come together and influence federal policy. It’s a great way to get involved in medical cannabis at the grassroots level.“The mission of ASA is to ensure safe and legal access to cannabis for therapeutic uses and research. ASA works with our grassroots base of over 50,000 members to effect change using public education and direct advocacy at the local, state, and federal level.Until ASA stood up for access, the national debate around medical cannabis was focused solely on the legality and ethics of arresting and prosecuting patients for cannabis use. That experience is real, but reflected only a fraction of the experiences that patients and this community were having on a daily basis. ASA brought the patient’s voice to the table, and we shifted the debate to the real concerns of patients: legal access to medicine and patients’ civil rights.”

National Organization for the Reform of Marijuana Laws (NORML)
NORML's mission is to move public opinion sufficiently to legalize the responsible use of marijuana by adults, and to serve as an advocate for consumers to assure they have access to high quality marijuana that is safe, convenient and affordable.


Since its founding in 1970, NORML has provided a voice in the public policy debate for those Americans who oppose marijuana prohibition and favor an end to the practice of arresting marijuana smokers. A nonprofit public-interest advocacy group, NORML represents the interests of the tens of millions of Americans who smoke marijuana responsibly.


During the 1970s, NORML led the successful efforts to decriminalize minor marijuana offenses in 11 states and significantly lower marijuana penalties in all others.
Today NORML continues to lead the fight to reform state and federal marijuana laws, whether by voter initiative or through the elected legislatures. NORML serves as an informational resource to the national media on marijuana-related stories, providing a perspective to offset the anti-marijuana propaganda from the government; lobbies state and federal legislators in support of reform legislation; publishes a regular newsletter; hosts, along with the NORML Foundation, an informative web site and an annual conference; and serves as the umbrella group for a national network of citizen-activists committed to ending marijuana prohibition and legalizing marijuana.
The oldest and largest marijuana legalization organization in the country, NORML maintains a professional staff in Washington, DC, headed by Executive Director Erik Altieri, and a network of volunteer state and local NORML Chapters across the country. 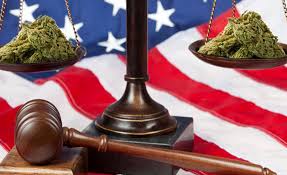 Students for Sensible Drug Policy (SSDP)
A Students for Sensible Drug Policy (SSDP) chapter is a group of students who are working toward ending the war on drugs, and who receive training, guidance, materials, and support from SSDP’s professional outreach staff based in Washington, DC. Starting a chapter takes a little work, but it isn’t prohibitively difficult or time-intensive. Unlike most chapter-based student organizations, we do not charge our chapters any dues or fees. We also have tons of free (and some close-to-free) useful resources to help you build your chapter, spread the word, lobby for key issues, and actually change drug laws, at the local, state, and federal levels (see active campaigns here).
“Students for Sensible Drug Policy is an international grassroots network of students who are concerned about the impact drug abuse has on our communities, but who also know that the War on Drugs is failing our generation and our society.
SSDP mobilizes and empowers young people to participate in the political process, pushing for sensible policies to achieve a safer and more just future, while fighting back against counterproductive Drug War policies, particularly those that directly harm students and youth.” 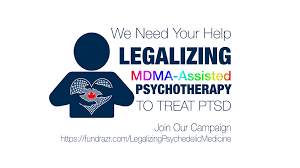 Multidisciplinary Association for Psychedelic Studies (MAPS)While they’re not specifically focused on cannabis, MAPS has made enormous strides in the realm of re-establishing human beings’ rights to their own minds and bodies. Currently they are conducting a clinical trial on cannabis treatment for PTSD.Other studies in progress include psychotherapy and drug addiction treatments using psychedelic substances MDMA, LSD, Ibogaine and Ayahuasca. This group is absolutely at the forefront of real medical research into the psychedelic realm.“Founded in 1986, the Multidisciplinary Association for Psychedelic Studies (MAPS) is a 501(c)(3) non-profit research and educational organization that develops medical, legal, and cultural contexts for people to benefit from the careful uses of psychedelics and marijuana. We envision a world where psychedelics and marijuana are safely and legally available for beneficial uses, and where research is governed by rigorous scientific evaluation of their risks and benefits.”
Sometimes, simply getting out, participating and showing your solidarity with a grassroots movement is the best thing you can do as an advocate. 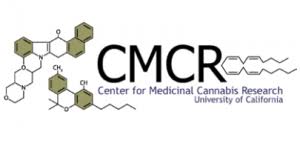 “We cannot solve our problems with the same thinking we used when we created them. “- Albert Einstein