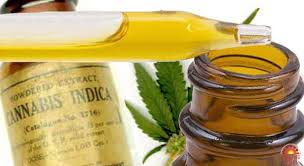 As 2017 approaches the midpoint of the year we continue to see the advancement of medical cannabis, continually showing it will once again have a prominent place in American culture and pharmacopoeia. West Virginia passed legislation for a medical cannabis program in 2017. IndianaIowa, Kentucky, Missouri, Nebraska, North Carolina, Oklahoma, South Carolina, Tennessee and Wisconsin all have pending legislation for 2017. Kansas, Mississippi, and Virginia all had legislation that failed in 2017. There are approximately 200 known medical conditions reported to be improved by treatment with cannabis.  In addition to these well known medical benefits, cannabis and its therapeutic impact on overall wellness for all cannabis enthusiasts is poised to be another key tool in advancing favorable cannabis policy for states in the US.

Many medical cannabis connoisseurs have noticed several additional benefits beyond what they have originally started using cannabis to treat and how cannabis helps them socially, in relationships, enhances behavior or creativity, and expands their sense of awareness. A study from Columbia and Johns Hopkins Universities found ties into these observable phenomenons between the sexes: the difference in how cannabinoids affect men and women, specifically in relation to hormone and neurotransmitter functions. These cannabinoids are targeting receptors in the brain linked to all dimensional aspects of human wellness; physical, emotional, intellectual, social, spiritual, environmental, and occupational dimensions. These dimensions of wellness have been noted by Bruce Lee as a path for optimization of life in all aspects. 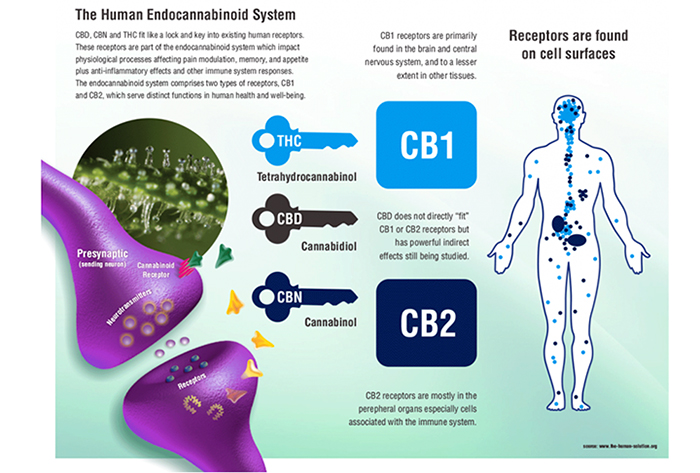 Medical Cannabis work so efficiently because of the endocannabinoid system, present in all humans and many animals as well. This system consists of a series of receptors that are configured only to accept cannabinoids, especially tetrahydrocannabinol (THC) and cannabidiol (CBD). This system is an integral part of our physiologies and discovered in the mid-1990s by Israeli researcher Dr. Ralph Mechoulam, who also identified THC as the main active ingredient in cannabis in the early 1960s. The human body’s endocrine system consists of glands throughout the body which regulate everything from energy levels to metabolism to sex drive. CB1 receptors can be found throughout this system and influence the release of many hormones.  The fact that there is a system in our body that produces cannabinoids, and is specifically designed to accept just them, should be overwhelming proof of cannabis’ efficacy as a medicine.

Dopamine, Serotonin, Oxytocin, and Endorphins are the brains quartet responsible for your happiness. Many situations can trigger these neurotransmitters, but instead of being in the passenger seat, there are ways you can intentionally cause them to flow with cannabis. 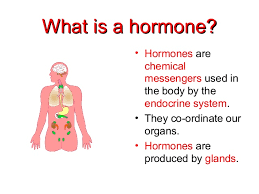 One reason cannabis benefits the brain is because of the neuro-protective role cannabinoids play in the body. In part because of the presence of the phytoestrogen apigenin, cannabis helps to mediate the growth of new brain cells and the connections that are formed between them. Research, such as that of a 2011 study conducted by the University of Newcastle in England, makes the direct correlation between endocannabinoid system dysfunction and mood-related conditions as well as how cannabis can help.
“Anandamide, tetrahydrocannabinol (THC) and cannabidiol (CBD) variously combine antidepressant, antipsychotic, anxiolytic, analgesic, anticonvulsant actions, suggesting a therapeutic potential in mood and related disorders,” the researchers said.
Dr. Sachin Patel at Vanderbilt University released news of a study linking cannabis directly to the area of the brain that regulates the fight-or-flight response. This response is part of the body’s overall process of reacting to factors of threat or stress. Low levels the hormone serotonin makes the person feel as if they are in constant “fight-or-flight” mode, and unable to reduce stressful psychological or physical arousal, Dr. Patel notes, “the discovery may help explain why cannabis users say they take the drug mainly to reduce anxiety.” Indeed, cannabis has received significant interest as a potential treatment for post-traumatic stress disorder (PTSD) — a severe type of anxiety disorder. The Vanderbilt research also points out that how regular cannabis use can desensitize the brain’s cannabinoid receptors over time. Perhaps this could explain why novice cannabis users are more prone to paranoid side effects than experienced users.
Creativity is simply a brain operation that can be altered with the use of cannabis. The neurons in your brain process information through those neurotransmitters to the rest of the brain. Unlike other intoxicants, cannabis has those cannabinoids, which are naturally produced in the brain. After a neuron fires, there is a break in the transmission of thought to not overwhelm the mind and keep you calm and controlled. However, cannabis disrupts these breaks and allows the user to amplify their ideas and imagination. These new thought patterns lead to creative thinking and an escape from the ordinary. 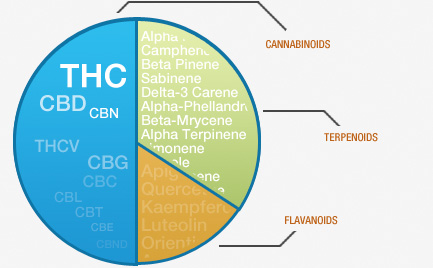 The book “Creativity & Beyond” by Robert Weiner states that a cannabis-induced state of mind may lead to breaking free from everyday thinking and associations, which increases the chances of generating new ideas and associations. Additionally cannabis has been scientifically proven to help produce new ideas, help break free of the constraints of current realities and to help us stimulate creativity.
For thousands of years, people have been using cannabis as an herbal aphrodisiac. It was a central component of the ancient Indian Ayurvedic medicine system, in which one use of the herb was to increase libido. The practiced called for use of a drink, a "spiced marijuana milkshake", called bhang and in modern times anecdotal evidence suggests that the practice of cannabis use is associated with higher levels of intimacy.
Women have a particularly interesting reaction to cannabis due to estrogen levels. A Washington State University research team found that women experience the most effects from THC when estrogen has peaked and is beginning to fall. Estrogen levels play a role in how receptive your brain is to external cannabinoids, as researchers propose that estrogen receptors are along the pathway for THC intake. The highest levels of the body’s natural endocannabinoids tend to be during ovulation, and there is evidence that endocannabinoid action can assist fertility in women.
The Washington State research also found something interesting about pain. The interaction between estrogen and THC makes women more sensitive to the compound in general, which gave the cannabis greater pain-relieving effects for females providing 30% more pain relief than men with THC treatment.
Men tend to consume cannabis in greater amounts and at higher rates than women do which creates higher rates of delta9-tetrahydrocannabinol (delta9-THC) in their bloodstream. Women tend to experience more dizziness when using cannabis. Females also report using cannabis mainly when feeling anxious, and also may experience weaker effects due to a difference in body weight distribution.
For some men, smoking and vaporizing cannabis can decrease sexual appetite and sperm production. As weird as it is, some studies have shown that cannabis does not lower testosterone levels, despite the fact that a pile of studies has already shown that it does. Albeit, these studies do contain research which shows cannabis to suppress testosterone, the abstracts still cleverly state that “chronic marijuana use showed no significant effect on hormone concentrations in men”.
In a small 2010 study, women reported more severe cannabis withdrawal symptoms than their male counterparts. These withdrawal symptoms were mostly physical. Women tend to experience more sleep disruption, lack of appetite, and irritability. 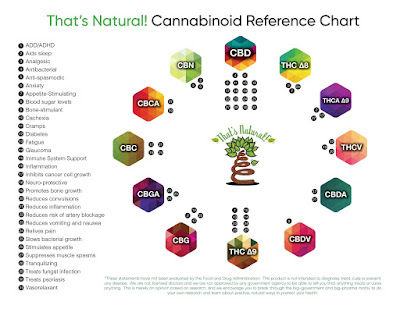 Just as the universe acts by it’s own rules so does mother nature. For many years now we have spent too much money and effort to replicate elements from the universe and components from plants in nature before we have even reached a full understanding of them. Even when it comes to taking vitamins and minerals, we’d rather take a pill made in lab with synthetic compounds versus consuming the natural form from mother nature.  These scientific studies revealing the effects of THC and properties of CBD on all the dimensional aspects of human wellness, shows we have just scratched the surface of a world of possibilities.

Removing the DEA-mandated NIDA monopoly on production of cannabis for research, issuing agency guidance, expanding the compassionate use programs, and reforming license and registration requirements would all go a long way to improve the scientific community’s capacity and ability to study cannabis for all its  uses. It’s time to stop letting outdated policy prevent the scientific community from advancing knowledge of cannabis. People are waking up to the benefits of cannabis and cannabis based medicines, as more research shows the infinite possibilities contained in this seemingly simple plant.