A Look Back And Ahead: Cannabinoid Antiemetic In Pediatric Oncology 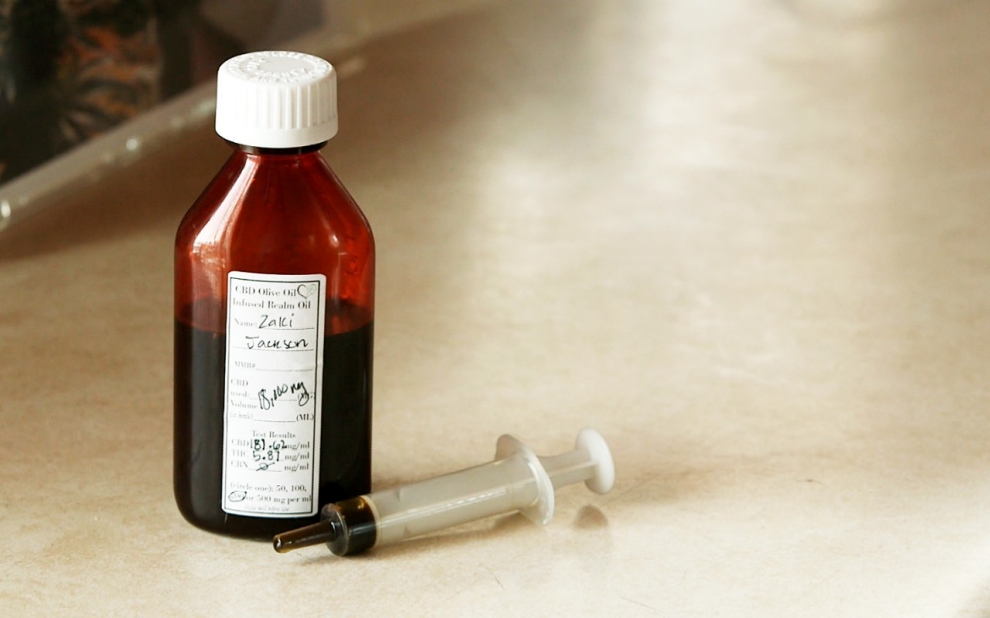 Cannabis is one of the first plants to have been used as a medicine, for religious ceremonies and recreationally, the first accounts of its use for these purposes stretching back over 5000 years. Modern research into the pharmacology of individual cannabinoids began in the 1940s, several decades after the presence of a cannabinoid was first discovered in cannabis. Cannabinol (CBN), much of which is thought to be formed from THC during the storage of harvested cannabis, was the first of the plant cannabinoids (phytocannabinoids) to be isolated in the early 1930s by R.S. Cahn, and its chemical synthesis first achieved in 1940 in the laboratories of R. Adams in the U.S. and Lord Todd in the U.K. A second phytocannabinoid, Cannabidiol (CBD), was first obtained from cannabis in the same year (1940) by Adams and his colleagues. It was in Prof. Raphael Mechoulam's laboratory, when the structures and chemistry of CBD (1963) and Δ9-THC (1964) mysteries are unravelled (Mechoulam, 1973; Mechoulam & Hanus, 2000).


Research into the therapeutic potential of cannabis and individual cannabinoids began in the 1970s, ironically at a time when tincture of cannabis had just been withdrawn as a medicine in the U.K. because at that time was the widespread recreational use of cannabis. 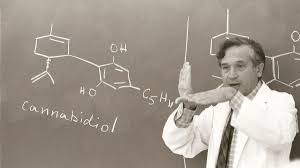 The number of hospitals in New Mexico using medical cannabis in pediatric oncology? Zero.
The number of hospitals in the United States using medical cannabis in pediatric oncology? Zero. Yet we always hear lawmakers and politicians talking about the importance of the children in our country - after all they are the future...
Oncology is the study of cancer. ... Usually, an oncologist manages a person's care and treatment once he or she is diagnosed with cancer. The field of oncology has three major areas: medical, surgical, and radiation. A medical oncologist treats cancer using chemotherapy or other medications, such as targeted therapy. And they typically have a median income of $320,907 a year where as a family physicians earned an average of $208,861 a year. 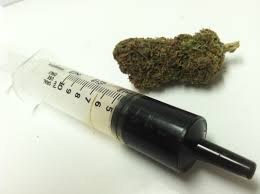 So in 1995 Dr. Mechoulam had an idea to test THC on children undergoing cancer treatments, as it had been known for many years that cannabis can reduce the effects of cancer drugs. Anti-cancer drugs, many of them cause terrible side effects for adults, for children this can be much worse. And in children, many of them vomit, have nausea, are crying from the pain - they’re in really bad shape. And this makes it a challenge for the parents of these children as this all take a toll on them as well.  Luckily most of the children today can be cured of the cancer, but the treatment is absolutely beyond difficult. (Additional side effect of anticancer drug treatments include; Low blood counts causes an increased possibility of developing infection or anemia. Tiredness. Mouth soreness. Loss of appetite. Constipation or diarrhea. Hair loss. Skin changes or reactions.)


What they did for the study was give THC drops in olive oil under the tongue of children. Obviously, children cannot smoke, they had children that were not even one year old yet. Dr. Aya Abrahamov gave the children 2-3 drops of the THC infused Olive Oil, micro doses, 2-3 time per day during anti-cancer drug treatments. At the a start of the clinical trial, Dr. Mechoulam wanted to do a double-blind study where some of the children got THC Olive Oil and some got just Olive Oil.


After one week Dr. Aya Abrahamov came back to Dr. Mechoulam and she told him that she was not going ahead with the double-blind study. Dr. Aya Abrahamov then told Dr. Mechoulam, “I know exactly who is getting the THC and exactly who is not getting it.” There was a clear separation right from the get go, those didn’t get it continued to vomit, so she went ahead with an open study.


Dr. Aya Abrahamov gave the THC Olive Oil, pure THC, under the tongue about 400 times, which means that those in the experiment got the THC every time they were treated with the anticancer drugs. And by the end of the study they had seen a complete, complete block of vomiting, complete block of nausea, by a small amount of THC that did not cause any psychoactivity- none at all. So here we have a complete therapeutic effect proven that they published back in the 90’s .


Over 20 years later and this is still not being used in hospitals in New Mexico or across the US to alleviate terrible side effects of anticancer drugs. Allowing medical cannabis as a antiemetic in pediatric oncology for use in all hospitals is an excellent idea because it will help the children that suffer.  It is scientifically and medically proven safe and effective. It is unethical to withhold this form of treatment.


“In summary, the complete success in preventing vomiting due to antineoplastic treatment in children, and the essential lack of side effects, leads us to believe that delta-8-THC at a dose considerably higher than the doses of delta-9-THC usually administered to adults, can serve as a new, inexpensive antiemetic agent in pediatric cancer chemotherapy.” 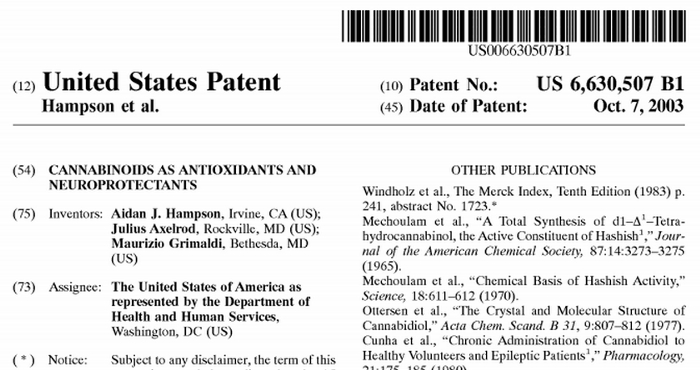 See below to review the research study:


An efficient new cannabinoid antiemetic in pediatric oncology
Aya Abrahamov1 , Avraham Abrahamov2 and R. Mechoulam3
1 Department of Pediatrics, Shaare Zedek Hospital, Jerusalem, Israel;
2 Department of Pediatrics, Bikur Holim Hospital, Jerusalem;
3 The Brettler Center for Medical Research, Medical Faculty,
Hebrew University, Jerusalem 91120.
Abrahamov, Aya, Avraham Abrahamov, and R. Mechoulam, 1995.  An efficient new cannabinoid antiemetic in pediatric oncology.  Journal of the International Hemp Association 2(2): 76-79.
Delta-8-tetrahydrocannabinol (delta-8-THC), a cannabinoid with lower psychotropic potency than the main Cannabis constituent, delta-9-tetrahydrocannabinol (delta-9-THC), was administered (18 mg/m2 in edible oil, p.o.) to eight children, aged 3-13 years with various hematologic cancers, treated with different antineoplastic drugs for up to 8 months.  The total number of treatments with delta-8-THC so far is 480.  The THC treatment started two hours before each antineoplastic treatment and was continued every. 6 hrs for 24 hours.  Vomiting was completely prevented.  The side effects observed were negligible.
Introduction
Cannabis preparations have been used for millenia as antiemetic drugs [1].  With the identification of delta-9-tetra-hydrocannabinol (delta-9-THC) (Fig 1) as the psychoactive Cannabis constituent [2] its evaluation as an antivomiting agent was also made possible.  It was indeed found that delta-9-THC prevents or reduces vomiting induced by anticancer chemotherapy [3-5].  Delta-9-THC is marketed under the generic name Dronabinol [5].  Depending on the clinical protocol used, delta-9-THC (5-10 mg/m2 p.o.) prevents vomiting and nausea in some patients and reduces these symptoms in others.  The side effects are those noted in marijuana users, in particular elderly ones: drowsiness, dizziness and in rare cases anxiety.  Mood changes usually predominate in younger patients.
DeIta-8-THC (Fig 1 ) is a double bond isomer of delta-9-THC.  It is less psychotropic than delta-9-THC [6], but its antiemetic potential has not been investigated so far.  In preclinical antiemetic studies in pigeons (to be reported separately), using the methodology previously described by us for delta-9-THC [7], we found that delta-8-THC is at least as potent as delta-9-THC.  It is much more stable than delta-9-THC to various chemical treatments, including oxidation, and is considerably less expensive to produce than delta-9-THC.  Hence. it seemed of potential therapeutic interest to investigate the antiemetic effect of delta-8-THC in patients.  We chose to administer delta-8-THC to children, who were expected to vomit on anticancer chemotherapy.  The reason for the age limitation was the general (but not documented) belief that most side effects of delta-9-THC, in particular anxiety, are more prevalant in an adult population than in a younger one.  Hence delta-8-THC could possibly be administered to children in higher doses than those given to adult patients.
We report now that delta-8-THC in an open label evaluation was found to be an excellent pediatric antiemetic with nonsignificant side effects.  We chose an open label trial for ethical reasons.  A clinical trial based on placebo versus delta-8 THC as an antiemetic agent during anticancer treatment is unacceptable.  Our original protocol envisaged a comparison between metoclopramide (0.3 mg/kg) and delta-8-THC (18 mg/m2).  However preliminary results indicated complete block of emesis with delta-8-THC, while metoclopramide showed variable results.  Most of the children (5 out of 8) vomited with this dose of metoclopramide.  In higher doses (0.5 mg/kg dose or above) metoclopramide caused extrapyramidal effects.  Hence for ethical reasons the protocol was modified to an open trial design.  However, we would like to point out that over a period of about 10 years, when most of the antineoplastic protocols followed in the present study were used in our clinic, emesis was observed in about 60% of all pediatric cases even though metoclopramide (0.3 mg/kg) was used as antiemetic agent.
Ondansetrone and other HT3-receptor blockers are today the drugs of choice for chemotherapy-induced vomiting and nausea [8].  While such therapy is superior to previously used treatments (dopamine antagonists, corticosteroids) adverse effects such as headache are troublesome [8] and its efficiency in delayed vomiting is questionable.  Ondansetrone is also a very expensive drug and less expensive alternatives should be made available.  Hence additional therapeutic protocols are required.
Materials, patients and clinical protocol
Delta-8-THC was prepared from natural cannabidiol by cyclization (Figure 1) and purified by chromatography as previously described [9].  It was analyzed by gas chromatography and was found to be 98% pure.