How and Why Cannabis Research is Biased toward Negative Effect


The Institute of Cannabis Research (ICR) at Colorado State University-Pueblo is set to start later this week, April 28-30, at the Colorado State University-Pueblo campus.  The conference will open at 5 p.m. on Friday, April 28, with a plenary lecture by Dr. Carl Hart, chair of the Department of Psychology at Columbia University and Dirk Ziff Professor of Psychology in the Departments of Psychology and Psychiatry. He has published numerous scientific articles in neuropsycho-pharmacology and its impact on public policy and drug abuse treatment.

To view the detailed conference schedule and register for the conference, visit the website at www.csupueblo.edu/ICR. 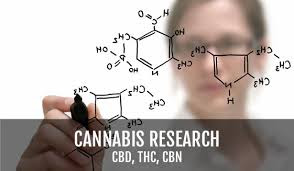 Considering the importance of this opening lecture topic by Dr. Hart and the effect this has had on advancing medical cannabis; there was a very important commentary by Dr. Hart that first appeared in the Dallas News in 2014 that is a great read about this.

“Is America’s scientific research biased to focus on the harmful effects of drugs?”

That was one of the questions at the heart of a congressional hearing this summer seeking to understand more comprehensively the scientific evidence related to marijuana. And it was how Dr. Nora Volkow, director of the National Institute on Drug Abuse, found herself being grilled by Rep. Gerald Connolly, D-Va.

“Dr. Volkow, your testimony seems to completely disregard lots of other data,” he accused.
Volkow and I were the witnesses, along with a representative from the Food and Drug Administration. Connolly was particularly interested in learning why NIDA and the FDA — both part of the U.S. Department of Health and Human Services — supported so little research into the potential medical uses of marijuana. He appeared exasperated by the focus on drugs’ harmful effects, which “impeded the ability to have legitimate research that could benefit human health.”

I have spent nearly 20 years studying the neurophysiological, psychological and behavioral effects of recreational drugs, including marijuana. And over the past decade I, too, have grown tired of hearing scientists detail drug-related negative effects, always warning of the possible neurological and psychiatric dangers users face, while virtually ignoring recreational drugs’ potential medicinal or beneficial effects. 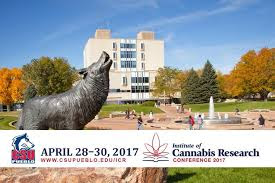 Some are quick to caution that marijuana, for example, is a gateway drug to harder substances but never mention the more than 700,000 people arrested each year mainly for simple possession of the drug, let alone the shameful racial disparities in marijuana arrests. At the state level, black people are two to seven times more likely to be arrested for marijuana than their white counterparts. At the federal level, Hispanics represent two-thirds of the individuals arrested for marijuana violations. This is despite the fact that blacks, Hispanics and whites all use the drug at similar rates.

Few scientists admit publicly what we all know and the data has shown for decades: The overwhelming majority of people who use drugs do so without any problems. For example, different studies show that between 75 and 90 percent will never become addicted.
In fact, the last three occupants of the White House — Bill Clinton, George W. Bush and Barack Obama — all smoked marijuana when they were younger. Obama also admitted to having used cocaine. The point is not to tarnish the reputations of these men — they all served their country. My point is that their drug use did not result in an inevitable downward spiral leading to debauchery and addiction. And the experience of these men is the rule, not the exception. The overwhelming majority of drug users are not derelict addicts.

I often wondered why many scientists continued to emphasize such a limited perspective on the effects produced by recreational drugs, especially in the face of considerable evidence showing their beneficial effects and therapeutic potential.
For example, physicians in multiple countries, including Germany and Switzerland, prescribe heroin as a part of an effective treatment regimen for heroin addiction. Here in the U.S., my colleagues and I have shown that methamphetamine enhances mood and improves cognitive functioning in some domains. Our research also demonstrates that marijuana stimulates appetite in HIV-positive patients, which could be lifesaving for someone suffering from AIDS wasting syndrome.

Mind you, I recognize that some drug advocates overreach when extolling the virtues of, say, marijuana, claiming that the drug is a cure for everything from heartache to cancer. Clearly, many of these claims are exaggerations.
Video: Democracy Now interview with Dr. Hart

This does not, however, mean we should dismiss all claims of a recreational drug’s potential utility. Any informed scientist must know that all drugs — including heroin, cocaine and over-the-counter and prescription medications — can produce both positive and negative effects. They must know that their safe use can be enhanced or diminished depending upon several contextual factors, including the dose taken, the user’s level of tolerance and the setting in which drug use occurs.
In my congressional testimony, I aimed to contextualize marijuana’s effects. Regarding the gateway theory, I agreed that the majority of cocaine and heroin users started out using marijuana first. But I also added a more important detail that is often omitted: The vast majority of pot smokers never go on to use harder drugs. To call marijuana a gateway drug is illogical.

I also added context to marijuana’s addictive potential. During the hearing, it was correctly noted that about 9 percent of pot smokers would become addicted at some point in their life. However, the fact that about 15 percent of alcohol drinkers and a third of tobacco smokers would become addicted over their lifetime was not mentioned until my testimony.

This omission seemed to infuriate Connolly. “For you to only cite the addiction rate with marijuana,” he snapped, “seems to me to be cherry-picking the statistics for a purpose.”
So why do scientists focus almost exclusively on the detrimental effects of drugs when they are, in fact, a minority of effects? Are scientists dishonest? Probably not. They are more likely to be responding to their perceptions of NIDA’s interests.

NIDA funds more than 90 percent of all research on the major recreational drugs. Its mission “is to lead the nation in bringing the power of science to bear on drug abuse and addiction” (emphasis mine). Of course, recreational drugs such as cocaine, heroin and marijuana produce other effects, including positive ones, that have nothing to do with “abuse and addiction,” but that isn’t part of NIDA’s mission.

Scientists seeking research money from NIDA are well aware of this fact. As a result, they emphasize the negative effects of drugs to get their research funded. Upton Sinclair’s famous quote aptly describes this situation: “It is difficult to get a man to understand something when his salary depends upon his not understanding it.” The result is that the majority of information on drugs published in the scientific literature, textbooks and popular press is biased toward the negative aspects of drug use.
It has also helped shape a socio-political environment where certain drugs are deemed evil and any use of these drugs is considered pathological. This, in turn, has provided the fuel for restrictive policies with an unreasonable goal of eliminating illegal drug use at any cost to marginalized groups.

Despite the propensity of researchers to focus primarily on the negative aspects of specific drugs, there has been a movement to liberalize policies that regulate marijuana in the U.S. Twenty-three states and Washington, D.C., now allow patients, with a physician’s authorization, to use marijuana for medical purposes. Colorado and Washington recently became the first states to allow the legal use of the drug by adults for recreational purposes. Yet at the same time, other drugs such as cocaine, heroin and methamphetamine continue to be regulated by draconian policies. These policies have contributed to a horrifying statistic: More than 2 million Americans are behind bars, a greater number than in any other country.

To be clear, I am not advocating the legalization of drugs. (We would need to dramatically increase sound drug education first; people would need to be taught how to use drugs safely, much as we already teach people to drive safely or practice safe sex.) Nor am I advocating the use of illegal drugs.

I am simply asking Americans to consider the broad range of effects produced by illegal drugs so we can devise more rational drug policy — one that neither exaggerates drugs’ harms nor punishes our citizens beyond what’s fair and just.
by Dr. Carl L. Hart is an associate professor of psychology in the departments of psychiatry and psychology at Columbia University and is the author of the recently released book “High Price: A Neuroscientist’s Journey of Self-Discovery That Challenges Everything You Know About Drugs and Society.” Follow him on Twitter at @drcarlhart.