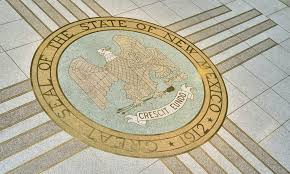 The New Mexico State Legislature is now just about half way thru the legislative session, with 32 days left till the end of the 2017 Session. The legislature has over 1,000 pieces of legislation filed, both chambers have passed about 32 pieces of legislation and the Governor has signed 5 - maybe six into to law. Do we have another Special Session looming in the fall of 2017? Policy topics in the legislation that have dominated the session so far; State’s Budget Crisis, Crime & Court Services, Education, and Cannabis Legislation.
We need to pause for a second here as a cannabis community in New Mexico, to have 14 different bills filed in the Roundhouse that are related to cannabis for the 2017 session is a great achievement and start to 2017.  And we owe that to the hard work of the cannabis community in 2016, as the patient community dealt with the horrible card delays last year. The advocacy from last year and how the cannabis community reachout out to lawmakers, putting a spotlight on the MCP issues, has enabled much of this policy we see today. In the 10 year history of the medical cannabis program, the last time cannabis had this much discussion in the Roundhouse, was in 2007 the year the Lynn & Erin Compassionate Use Act became law.
Some key areas that many lawmakers are not well informed about include; how the medical program actually operates and works- they really have no idea from that very start of the process in seeing a doctor with a MCP application in hand and then thru to the end when the patient gets that card in the mail. And everything in the middle that goes along with being a patient in the program. Right now we are seeing some lawmakers and policy advisors trying to educate all the other lawmakers during committee hearings on cannabis legislation. And so far that has then created more questions and some confusion. 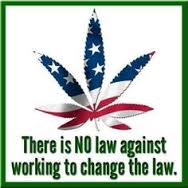 Citizen lobbying is an essential part of being a medical cannabis advocate and it is the only way elected officials will know how to represent you.
Medical cannabis advocates are not the only people talking with legislators about medical cannabis law and policy. Elected officials are hearing from police organization, medical cannabis opponents, Chamber of Commerce, and members of special interest groups opposed to the use of cannabis even for medical purposes. It is important for all medical cannabis advocates to think about the following questions: " Without hearing from you, how will your legislator know what is important to you? " Do you want to trust decisions about access to medical cannabis solely to lobbyists and policymakers?
The point is that you are the patient, the physician, the caregiver, the provider, the lawyer, the nurse, or family member who is affected by medical cannabis laws and policy. You are the voter with the power to hold elected officials accountable for their positions on policy matters. And you are the expert about how these laws and policies affect your daily life. So if you are not talking with you elected officials about medical cannabis, then ask yourself, "Who is?"
Call and email your Senator in your district and call the Roundhouse for your voice to be heard.
Senate Chamber main phone 505-986-4714 and general email: senate@nmlegis.gov
Call and email your House of Representative member in your district and call the Roundhouse for your voice to be heard. House of Representatives main phone number 505-986-4751 and general email: house@nmlegis.gov.
Contact the Legislative Council Service for general questions about the Legislature.

“Dear New Mexicans and Visitors,
I am committed to listening to your concerns and working to answer your questions.  Therefore, the Constituent Services division within my office has been directed to professionally and efficiently assist in answering your questions and responding to your requests of state government.
My staff is here to serve you and will do everything they can to address your concerns.
Please do not hesitate to call my office at 505-476-2200 to speak with a Constituent Services representative or fill out the form below and we will contact you in a timely manner.
Sincerely, Governor Susana Martinez” 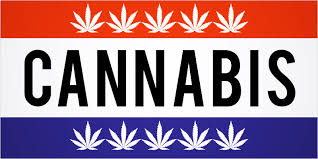