Inflammation and Pain Relief
Cannabis is great for sports related injuries and active lifestyles of all ages.  Weekend warriors, serious athletes, obsessive mountain bikers, all you with active in your life or fitness probably also have first-hand experience with the side effects associated with opiates, muscle relaxants, and non-steroidal anti-inflammatory medications (NSAIDs) typically prescribed for sports injuries or the wear and tear from a lifetime of staying fit or playing hard on the weekends.
When inflammation occurs, chemicals from the body's white blood cells are released into the blood or affected tissues to protect your body from foreign substances. This release of chemicals increases the blood flow to the area of injury, and may result in redness and warmth.  Pain is the physical feeling caused by the injury, or something that hurts the body. 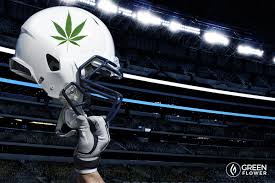 Taking opiates when prescribed for serious sports injuries , which interrupt pain signaling to the brain by flooding pain receptors with damping effects.  This means when taken over time, “this down regulation appears to have cross over effects across the pituitary gland and hypothalamus, triggering something called panhypopituitarism, with symptoms of fatigue, obesity, diabetes, insomnia, depression, GI inhibition and decreased libido often resulting,” according to Dr. Zach Sparer of Green Wellness.
After an intense workout or training session, you may be tired, sore, or even nauseous.  Many people in this situation may take two or three aleve, grab a brew to relax and call it good.  However, they may not realize that NSAID drugs like Ibuprofen and Aleve are extremely dangerous, especially when used with regularity.  If deaths from the toxic effects of NSAID drugs were calculated by the CDC separately, these drug toxicities would be the 15th most common cause of death in the United States.  And unlike these pills, cannabis has zero risk of kidney failure.
Why not use a more powerful, less toxic, and naturally occurring medicine like cannabis?  Also considering, how the U.S. government holds and controls the only US patent (#6,630,507) for the use of cannabinoids as antioxidants and neuroprotectants, issued in October of 2003. That patent was backed by the research of Nobel Prize winning biochemist Julius Axelrod.  So this is not exactly a new idea, nor is it a extreme concept but does show how the DEA may have trouble using Google to learn scientific facts. 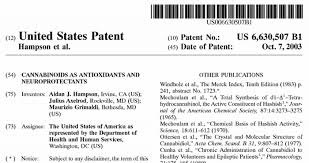 Of the 85 known cannabinoids, cannabidiol (CBD) and tetrahydrocannabinol (THC) are usually present in the highest concentrations, and are therefore the most widely studied.  When used together, several studies show that CBD actually counters the “high feeling” caused by THC.  At the same time the most powerful medicinal compound in cannabis is, you guessed it, THC.
On the other hand, cannabis CBD typically has lower concentrations of THC and are grown for therapeutic applications. To increase the efficacy of CBD, it's often extracted from the plant and used as a concentrate. This makes CBD ideal for treating parents, athletes, children, the elderly, and those who want to remain clear headed. Speak with your caregiver or preferred dispensary and ask for a 'high-cbd' flower, tincture, or concentrate and they'll be able to point you in the right direction.  In addition to ingestible dosing, there are also hemp and cannabis, topical salves and balms that contain CBD or THC to apply directly to the area of muscle soreness.
Start slow and low- a 10mg dose of CBD and/or THC  to see how your body responds and then continue to increase dosage as needed. Keep in mind that it may take up to 90 minutes before the effects of a edible begin to kick in if used. And always stay hydrated. There’s even safety pipe and vaporizer case kits made for those fitness adventures.
The anti-inflammatory effects of cannabis can ease the pain that all athletes experience and routinely face.  Former NFL quarterback Jake Plummer said that toward the end of his playing career he was taking anti-inflammatory medication just to get through a season. For the last year he has been legally using CBD oil which he attributes to how well he feels now. “I feel like with what this has done for me that it’s a wonder medicine,” Plummer said in a Huffington Post interview earlier this year.
For one of Albuquerque, New Mexico’s own professional athletes, Billy Giron, and now one of three co-owners of The CBD Boutique. For Billy, years of professional motocross racing took a toll on his lower back. Giron said, “ At one point I was about to have surgery, but now that I've been using products with high amounts of CBD, it's been a complete 180 and I do not consider having surgery. I've been ingesting tinctures twice a day for over a year now and I've seen a significant difference from when I was just smoking flower. The other thing I remember is taking really big doses after suffering from my third concussion within a year. It was horrible and all I could do was lay in bed. Decided to start taking massive doses of the fat pig society coconut oil infusion and it really seemed to help my symptoms.”
In late August 2016, after a grueling defeat from Conor McGregor at UFC 202, MMA fighter Nate Diaz smoked from a CBD vaporizer at the post-fight press conference. When asked about what he was smoking, Diaz said, “It’s CBD. It helps with the healing process and inflammation, stuff like that. So you want to get these for before and after the fights, training. It’ll make your life a better place.”

What benefits and relief does cannabis provide?
Inflammation: Both CBD and THC are extremely effective in managing inflammation post exercise. Cannabinoids are potent anti-inflammatory agents and they exert their effects through induction of apoptosis, inhibition of cell proliferation, suppression of cytokine production and induction of T-regulatory cells (Tregs).
Pain: Cannabis is an analgesic, helping to alleviate pain both during and after exercise. Many athletes use cannabis following their workouts to continue managing pain from achy muscles, it did wonders for my leg soreness as single speed mountain bike competitor. Reduction of Muscle Spasms: Cannabinoids are known to have antispasmodic properties. Some causes of muscle spasms in athletes include straining of a muscle, dehydration, trauma, and damage to nerves or to the spinal cord.Protection of Heart, Lung, and Brain: In several studies CBD has been shown to decrease inflammation while offering protection for the heart, lungs, and brain during and after injury. In fact, the short-term neuroprotective effects of CBD in the brain continue to be researched for purposes of treating sports concussions.
Sleep and Relaxation: Cannabinoids are known to have both relaxing and sedative effects on users. In fact, cannabis with concentrations of CBN approaching 1% by weight can be useful in treating insomnia. Getting the required sleep each night is perhaps the most important aspect of being a healthy athlete – muscles grow and recover best during deep sleep.
The more we find out about the injuries involved in professional, collegiate and youth sports, we also learn more about the dangers of prescriptions, prescribed for the inflammation and pain. Making it harder to ignore the benefits people are receiving every day as a result of medical cannabis.  Sports are a multi-billion dollar business in playing and watching; because athletes work their entire lives and put their bodies on the line for our entertainment.  It’s wrong to deny them safe access  to medical cannabis and force them into the addiction cycle related to opioid painkillers. Medical cannabis can help and is a real sports medicine.

"Lack of activity destroys the good condition of every human being, while movement and methodical physical exercise save it and preserve it." (Plato)