The structure of the legislation and what it intents to bring to the New Mexico medical cannabis program, contains several measures that could help working legislation in other state programs.   Senate Bill 177 adds 14 conditions to the definition of debilitating medical condition qualifying aperson to obtain a medical cannabis registry identification card. The bill would also add ‘statusas a veteran’ as an automatic qualification for obtaining a registration identification card.Personal production license, registry identification card, tetrahydrocannabinol (THC), andveteran are newly defined in the bill. The bill would also require ‘written certification’ frompractitioners to include a statement on the maximum amount of THC concentration that would bebeneficial to a patient and would limit patients from possessing more than this amount.

Further the bill would remove Department of Health’s authority to determine by rule “adequate supply”of medical cannabis. Also, the bill would allow for interstate reciprocity not requiring out of state card holders to participate in New Mexico’s registration card application and renewal process.Also, if a patient is a veteran or if the patient’s debilitating condition is considered chronic, thenreapplication would be required no sooner than three years from the date of issuance. However,if the condition is not chronic, reapplication would be no sooner than three years but the patientwould be required to submit a statement from a practitioner annually.
The bill sets licensure fees of $30 thousand for the first 150 plants, $10 thousand for eachadditional 50 plants, and a licensure fee limit of $90 thousand. Additionally, the bill setsstatutory limits on the possession of medical cannabis as listed in the table below.
Plant Count For Producers Based On Patient Population Growth For Adequate Supply Proposed: Legislators could easily solve this by looking to Americans For Safe Access for this policy.
Compared to last plant count increase by the Department of Health, that one did provide more than what’s provided above and that didn’t meet Adequate Supply needs at the time.
The proposed Producer Plant Count, as is right now after passing Senate Public Affairs Committee, for SB-177 provides half a plant per patient.
Some states have restrictions on the number of plants producers are allowed to have and otherstates such as Nevada and Arizona have none. California and Washington limit the squarefootage of plant production facilities and other states such as Delaware, Maine, and NewHampshire limit plant counts based on patient need.
I think I’d like to do the math…to quote Sheldon Cooper...

And it was said in Committee by Drug Policy Alliance, that the increase to 5 oz every two weeks helps patients in Rural areas because those patients would not have to drive to Albuquerque as much. For many in New Mexico that drive could be 5 or 6 hours round trip and the city of Las Cruces has Federal Checkpoints around it due to it’s proximity to the border with Mexico.

The better solution that Drug Policy Alliance could suggest, would be for legislators to direct in the legislation for licensure of dispensaries in the underserved rural areas in the State. 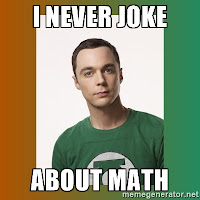 In one day- 15,000 patients shopping at dispensaries would break the above structure...
“Adequate Supply” can be achieved, if it is approached that the supply must be available if Every Patient ALL went out and purchased on the same day. ( About 3 plants per patient average based on 35,000 patients is 1000 plants per producer. ) And plants counts should be based on plant canopy and square footage versus counting individual plants.

This legislation has really great potential to help patients with very favorable items in it; SB-177 would increase Personal Production License benefits by allowing Patients with a PPL to keep all that one can harvest. (Removes 230 unit/gram Limit on PPL Harvest), Removal of Concentrate Cap that has been limited to 70% THC, All Conditions on 3 year card cycle, Inclusion of all Veterans into the Medical Cannabis Program and addition of “Substance Abuse/Addiction” as a Qualifying Condition, allows patients to be organ donor, and furthers Patient’s Protections with youth services.

One of the bigger changes amended into SB-177, the Recognition of Non-Resident Medical Cannabis Cards.  This is a great thing for the MCP in being able to allow and accommodate the patient community from other states. It could allow some medical cannabis tourism and ease travel for patients in others states.  Reciprocity could generate revenue for the state and help lower current prices that are oddly higher at the moment for the program.

This is where the proposed plant count for producers in this bill, currently prevents many of these positive items from actually happening if passed.  Three plants per patient minimum average based on 35,000 patients is 1000 plants per producer. Legislators could easily solve this by looking to Americans For Safe Access for this policy, ASA has the policy and science to provide a properly structured plant count for state medical cannabis programs.

Several medical cannabis producers in the program have come out in support of this legislation and for the patient’s right that it provides for. One program producer, Ultra Health does not support SB-177 because it will not allow them to have unlimited number of plants to grow. This is very concerning that a medical cannabis producer in a compassionate use program wants to put profits over compassion and the adding of all Veterans and adding substance abuse/addiction to the program.
The New Mexico Medical Cannabis Alliance and the LECUA Patients Coalition of New Mexico patient advocacy groups in the state fully support the measure.

Synopsis of Bill (SB-177) and a Fiscal Impact Report (follow link here) Amended Version of SB-177 is not up online yet. After the Senate Public Affairs Committee this bill will go to Senate Judiciary Committee next. No date or time set for that next committee. 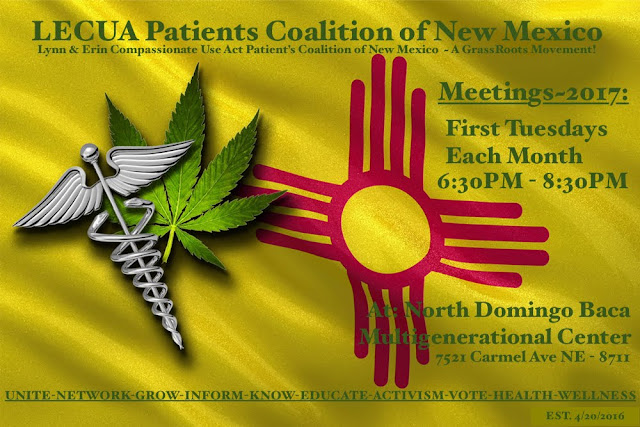 Appendix A: Plant Cap Example Based on Canopy from a Oregon Medical Cannabis Farmer.

"Total Production AllowancesWith the OLCC’s stated goal for the Grower RAC of making, “individually licensed indoor,outdoor and greenhouse annual finished product output roughly equivalent,” we mustconsider a few key differentiating factors:Variables:Y. Expected Yield Per Flowering Canopy Type (Y=grams per sqft.)A. Total Flowering Canopy “A”rea Cultivated (A=number of sqft) R. “R”ounds that area will be flowered annually (R=flowering cycles)At sofresh farms we cultivate medical cannabis for the OMMP/MMD program each ofthe three primary ways: outdoors, greenhouse and indoor. Each market is distinct andas the industry evolves we expect that the majority of growers will want to expand intoeach of these unique Oregon cannabis markets. For example, many outdoor crops arebeing planted for processing—“soil to oil”; while greenhouse flowers can straddle thetwo markets depending on the infrastructure invested and the location of thegreen/hothouse. The indoor market is primarily focused on trophy winning flowers.Surprising to some, based on our growing experiences and extensive dialog at Oregon’sFinest MMD and throughout the state with many experienced indoor, greenhouse andoutdoor growers—there is very little difference in expected yield per sqft of growingarea between the different disciplines, if similar cultivation techniques are applied ineach growing environment. So if our first variable, Y. “Expected Yield Per Area” isapproximately equal across all growing disciplines and the OLCC can meaningfullyregulate the second variable, A. “Total area cultivated” by requiring all applicants tosubmit a farm/floor plan that clearly illustrates the “sqft of flowering canopy areacultivated”. Then, all we are left to determine to help solve the OLCC’s stated goal is,variable R, “How many times that area will be flowered annually”.Outdoor is typically flowered ONE time annually. (May to November) Yes, it is feasible to deprive the light cycle (light-dep.) to start flowering without a greenhouse structure causing an outdoor crop to flower twice in Oregon’s climate but this is not common and should be the exceptionnot the rule. Some growers that use a simple “hoop house” and poly film to keep the rain off the flowers would also be classified as outdoor. Greenhouse/hothouse is typically flowered TWO times annually. (February to November)
The majority of “greenhouse” growers in Oregon do so with a “hoop house” and would fall under the Outdoor category because they only flower once annually. Many of Oregon’s cannabis cultivators are moving to greenhouses because they want to take advantage of theability to begin flowering cannabis under the sun when the days exceed longer than 12 hours in April and May. This is most commonly done with small amounts of supplemental lighting and light-deprivation tarps to force flowering and a supplemental heat source to help extend thegrowing season during the cool spring and fall nights. Some hothouses are more similar to indoor operations when it comes to equipment and technology and can pull off a third round in the short winter months with artificial lighting, but this is not common and should be the exception not the rule.
Indoor is typically flowered FOUR times annually. (Year Round) Most hybrid genotypes (strains) that are popular to cultivate in Oregon take 8 to 9 weeks to complete their flower cycle under 12 hours of
light. Yes, some indoor growers pull 6 rounds annually which is the maximum possible number of times it is possible to turn the inventory in a flowering room—easy to do on a spreadsheet but more difficult in reality. 6 rounds is not common and should be the exception not the rule. When taking into consideration the seasonality of air-cooled indoor rooms, down time for cleaning/maintenance and the need to spend a few weeks of flower room space for 18 hour per day vegetativegrowth it is much more realistic to expect 4 times annually—13 week indoor “round” (9 weeks flower/4 weeks veg).

Knowing that as soon as I wrote this someone growing 4 plants somewhere in Oregoncame up with a totally new way to grow cannabis that isn’t included…the key to this, “ONE, TWO, FOUR formula” below is to use it as a rule of thumb guideline to measure if the actual output of growers’ compared to the OLCC’s stated goal of making indoor, outdoor and greenhouse cultivation models roughly equivalent to each other. Every cannabis operation is unique and I am sure that any grower could provide different examples, as could I, but generally if the goal is to solve for the total annual yield by cultivation discipline then we can conclude with a recap that we solve for the variables like so:Y. “Expected Yield Per Unit of Flowering Canopy Area” is approximately the same yield per sqft in a greenhouse, outdoors or in a warehouse when similar cultivation practices are employed.A. “Total Flowering Canopy Area” cultivated is licensed by the OLCC and should be reported in the initial applicants farm/floor plan; this total area limit increase over time could be based on a producers ability to prove legal sales records for the area that is cultivated.R. How many times that area will be flowered annually “Rounds” is determined by cultivation method, outdoor is generally once a year, greenhouse twice and indoor four times—on average.Formula:R * A * Y = Total annual yield
Basically the formula says that if an indoor grow is 10k sqft of flowering canopy then a greenhouse would be 20k sqft and an outdoor farm would be 40k sqft. "
at January 27, 2017